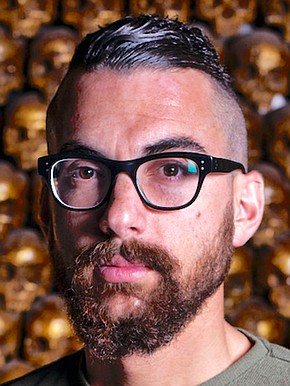 Seneca opened July 27 for dinner service from 5 p.m. to 11 p.m. Unlike The Reading Club, the eatery is open to the general public.

“We try to create meaningful social spaces with a subtle narrative around a shared value system, a place where people can meet, interact and learn from each other,” said Arsalun Tafazoli, founder of CH Projects, founded in 2008 and with 300 employees. “Hopefully, in the communities we are in, we’re able to give immersive experiences that give people a little respite from life’s daily struggles, and help people feel a little less alone.”

CH Projects annual revenue was $50 million in 2018, according to the company, and expected to significantly increase as a result of the latest additions. Seneca joins the group’s portfolio, which includes the recently revamped Neighborhood, Noble Experiment, Young Blood, Born and Raised, Ironside, Morning Glory, Craft & Commerce, J & Tony’s, Fortunate Son and Raised by Wolves.

To complement the food menu, CH Projects’ Anthony Schmidt and Andrew Cordero have curated a cocktail menu with a focus on bitter and bold.

Designed by New York-based firm AvroKO and overlooking the bay and the San Diego skyline, Seneca was inspired by the “nautical mess halls and communal dining in tight, swaying quarters, which fostered a sense of community among explorers, sailors, pirates, officers and anyone aboard a ship for long periods of time,” according to the group. Open niches display exotic herbs, dried fruits and rare spices that will be featured in the menu items. The open kitchen and proximity to the dining room is intentional, said the group, to bring diners and chefs together to share in the ritual of cooking.

This is appropriate, as Seneca will also serve The Reading Club, which is described as a space for “thinkers and makers,” as per the company. It will admit up to 400 members, with membership prices ranging between $2,000 and $2,600 annually, said Tafazoli.