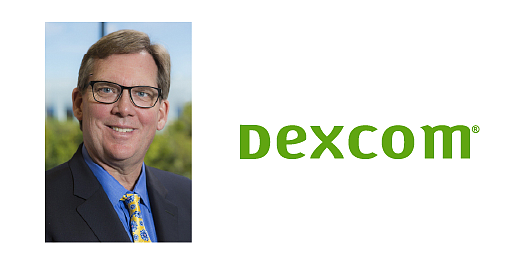 Dexcom Inc. expects to crack the $2 billion mark when it is time to report revenue for 2021. The maker of medical devices for people with diabetes has forecasted revenue in the range of $2.21 billion to $2.31 billion.

The company also set a record for adding new patients in 2020. During the fourth quarter, it attained its highest quarterly gross margin — 70.2% — in the past five years.

Dexcom helps people keep track of their diabetes by producing and distributing continuous glucose monitoring systems, or CGM systems. Such technology lets a person monitor blood sugar without sticking a finger. Instead, a patient wears a monitor containing a probe that slips beneath the skin. Data from the sensor is sent wirelessly to a smartphone or other connected device.

Dexcom’s first quarter ended on March 31. The company will offer an update on whether it is continuing its momentum when it announces first quarter financial results on April 29.

“We are making excellent progress on our strategic objectives as we press forward to bring Dexcom CGM to the many people around the world who stand to benefit from better glycemic control,” said Kevin Sayer, Dexcom’s chairman, president and CEO.

“Our enhanced capacity puts us in a position to aggressively pursue our growth initiatives,” he said.

Dexcom has chosen Malaysia for its third manufacturing site and its first factory outside the United States. The site will be key to scaling its capacity to produce G7, Sayer said.

In its annual earnings announcement on Feb. 11, the corporation also said it planned to advance clinical trial and regulatory submissions. Dexcom expects to launch G7 during the second half of the year. The business completed a clinical trial for G7 in 2020 and was happy with the results, Sayer said.

“I think it’s safe to say we’ve set the bar pretty high with G6,” Sylvain said. “And I think the expectation is G7 will be at least that of G6, if not better. … Expect to see us in Europe in a reasonably short timeframe.”

One of the selling points for G7 is that the on-body wearable component is 60% smaller than its G6 counterpart.

Dexcom has also been expanding its sales force and demonstrating the value proposition for its products in new markets. It has put more resources into direct-to-consumer advertising, including a Super Bowl ad featuring musician and actor Nick Jonas.

The company announced on March 23 that it promoted Sylvain to chief financial officer. Previous CFO Quentin Blackford has been named chief operating officer.

Margaret Kaczor, an analyst with William Blair & Co., said in a March research note that she believes pricing and competitive concerns regarding Dexcom “are overdone.” She is forecasting a compound annual growth rate of 24% between 2020 and 2022. Dexcom’s guidance could be overly conservative, she said in a February note.

“This is shaping up to be another exciting year for the company,” Sayer told analysts in February.