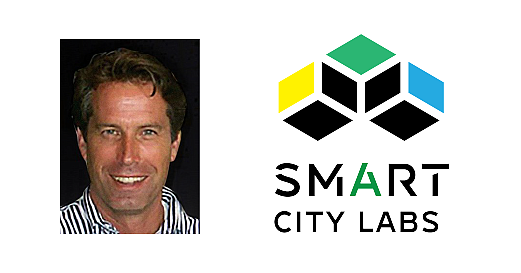 Jack Illes, CEO of Smart City Labs, and managing partner of Urban Strategies is living proof that you can’t take the boy out of San Diego. A graduate of La Jolla High School, his personal and professional roots run deep in this region, and they are exemplified by his current emphasis on helping cities get connected with three different strategies -- and each of these approaches has its own business model.

The first strategy is the most obvious -- integrating and embracing the technologies that are redefining information gathering, communication and connectivity. Illes understands the potential of augmented reality, virtual reality and many other emerging platforms that will enable SCL-engaged cities to realize increased efficiencies and a renewed experiential vitality.

Recognized as a top urban strategist, Jack Illes, is the founder and principal of two companies devoted to urban ecosystems. Smart City Labs is a newer company formed with a team of partners to advance the application of IoT technologies to improve urban communities for all stakeholders. Urban Strategies is his real estate advisory practice which is focused on maximizing the value of hotels, retail, creative office and multifamily projects in the urban context. Illes may be reached at 619-540-3286.

The second strategy is activation -- making the streetscape increasingly human-with events, cloud-based games and apps to encourage a post-COVID-19 coming together. His team is comprised of top tier talent to fulfill ambitious SCL cities’ most ambitious plans.

The third strategy is maximizing the fiscal opportunities presented by the first two strategies. Each endeavor has its own distinctive revenue streams which will provide financial support to the cities themselves as well as all the stakeholders therein.

His ongoing love affair with San Diego looms large in the future of Smart City Labs because it taught him to aspire beyond the visible/possible world.

“It really is about getting people to come out. It is all about experiences,” he said.

The San Diego Business Journal recently had a chance to talk with Illes.

After attending college at USC, you say the 1984 Olympics inspired you, how?

I went to planning school at USC, and after grad school had the opportunity to attend the 1984 Olympics in Los Angeles. I will never forget being in the Coliseum for opening day and seeing what the design team of Deborah Sussman and Jon Jerde had done to transform that familiar landmark and the entire city with their “kit of parts’ approach. That day was a turning point for the city and for me personally. I still use that term. We went to an event every day and the closing ceremonies. I will never forget it – how the city looked, the energy, the international crowd. It was an incredible experience.

You then went to work for The Hahn Company, why did you choose this career route?

After the Olympics the only thing I wanted was to somehow be a part of that world I had just experienced. At that time, the same design team responsible for the Olympics was designing Ernie Hahn’s project at Horton Plaza downtown. The luckiest break of my life was getting an interview at The Hahn Company. That day a door opened for me and it led to 17 years of amazing projects, experiences and many relationships that continue today. Ernie Hahn had retired by that time, and the company was led by John Gilchrist. He is still the benchmark to me of what a true leader should be- both in personal and professional terms.

I started as a junior leasing agent at Horton Plaza. They gave me a phone and a desk and a brochure. I jumped in full force- my beach volleyball playing roommate and I moved into an empty former hospital downtown at 7th and Ash. My living room was the old operating room. It felt like we were the only people living downtown at time, but it had the most amazing roof deck plus a dance studio. We had some pretty epic parties. I threw the preparty for the opening of Horton Plaza. I vacuumed confetti out of four floors of that building for weeks.

The Hahn Company was like a giant family in many ways, but our leadership there gave us free reign to create something really unique at Horton Plaza. They knew that was the only way you were going to get people excited about coming downtown, which at the time was still undiscovered. The fact that I knew nothing about leasing retail space did not matter because I believed in what we were doing- what Deborah Sussman and Jon Jerde were creating was unlike anything ever seen at that time. Selling my hometown to cool LA merchants was the easiest part- you just had to find people with vision and imagination to see what San Diego could become.  Working with creative people is always a treat- and I was lucky enough to be able to work with Jon and Deborah on many projects over the years as I evolved in to the project design and development side. Their friendship and support were a key part of my career success at Hahn, and I am very grateful to them both. They are both under appreciated for their impact on Southern California in that era.

How do these experiences impact what you are doing today?

Not long after Horton Plaza opened, I was deployed to the east coast to open an office to support a long planned regional mall Hahn was building in New Jersey. I was living in Manhattan and flying back to San Diego every few weeks to report on my progress and stayed in my place on the boardwalk in South Mission. A pretty great life for a thirtysomething. We had an opportunity to get involved in a vertical retail project in the heart of Times Square. We of course brought in Jon Jerde and he proposed an interactive media wall to create a focal point for a then still un-reborn Times Square. It was well ahead of its time, but we learned a lot about technology and media and how that related to retail and entertainment.

Fast forward a few years and I was heading up integrating entertainment uses into the Hahn retail and urban mixed-use portfolio- which led to building a project in Hollywood around a new theater for the Academy Awards ceremonies. Today we are integrating everything we learned about placemaking and creating community from our Hahn days and applying it to existing urban contexts. The best part of that is many of my San Diego colleagues from the early days at Hahn are part of our founding team.

What is the mission of Smart City Labs?

Smart City Labs is about using technology applications to enhance the public realm and the guest experience. I love the term public realm- I learned it from Stacey Pennington when we were working on the Lane Field hotels on the Embarcadero, and it means shops, restaurants, lobbies, public spaces, parks- the entire shared urban experience. In a world where you do not need to leave the house to shop or be entertained, these public space destinations need to be more compelling than ever before. There are all sorts of interesting new technologies being developed, but tech firms often struggle to connect with the concerns and ambitions of folks concerned with the public realm. Smart City Labs works to connect tech providers and end users in ways that create compelling experiences that are only possible in shared public spaces. In many ways it is simply a continuation of the work we have always done, but with an exciting new set of tools.

Explain how Qualcomm is involved?

Robin Russell Gall, who was literally the first person I met at Hahn, introduced us to the Smart City team at Qualcomm. They are an unbelievably smart group of folks, so it is more than a little intimidating for a real estate guy like me, but we are talking with them about working with their incubator companies. They call themselves the “Match.com of the tech world” which is a great tag line. They are working with the Port, and my dream would be to work with Qualcomm and the Port on connecting not just the Embarcadero but also areas of San Diego Bay like National City, Imperial Beach and Chula Vista that are less well known. There is some really exciting potential there.

What new technologies are you exploring for Smart City Labs?

We have three main verticals- Connectivity- which is the infrastructure to support everything; Awareness- which is turning the flood of data that is the byproduct of the digital world into useful information; and Engagement- which is the user experience, typically through media. We use the term XR media because we think it sounds cool, but it actually refers to all media formats from the real world to virtual reality. There is a lot contained within those three verticals, but there are truly exciting things happening in each area. Very few firms consider the entire urban ecosystem from the user perspective, and that’s where Smart City Labs is different. We have designed, built, and found users for a wide range of urban settings and had personal experience representing all stakeholders in the public realm.

What is your first launch?

The global pandemic has been as impactful as the disruption of online retailing, and the effects have been seen in cities across the country and around the world, not just San Diego. There are huge opportunities to apply these technology tools in concert with the more traditional skill sets of placemaking, tenant recruitment, marketing and branding, and special events that involve multiple disciplines and stakeholders.

One project that we are working on is focused on the story of music in Hollywood. We are working on an experience that is based on mobile technology and your personal playlist to create a customized musical tour of real-world settings brought to life using XR media applications. It was actually inspired by one of my favorite San Diego events- the Street Scene music festival that Rob Hagey put on in the Gaslamp for many years. It is really exciting and could be a signature event again for downtown San Diego if we can pull it together correctly. We are working on a number of projects like that to combine the digital world with the physical world in a way that enhances the public realm for all stakeholders.