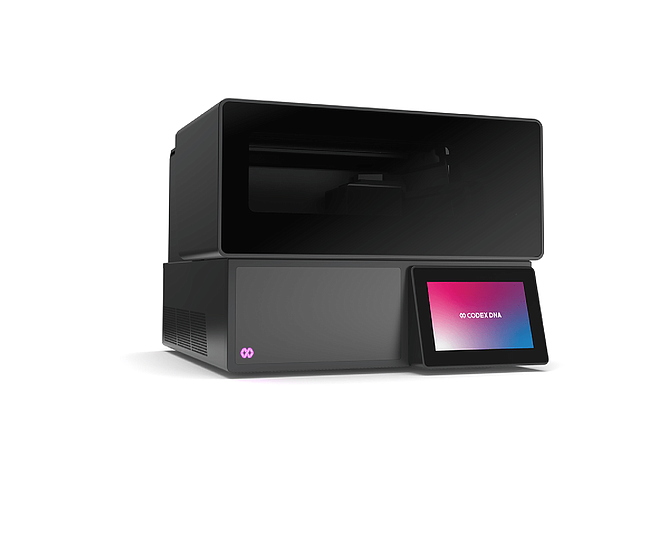 Codex DNA released the world’s first full-length synthetic genomes of the SARS-CoV-2 variants with the goal of helping researchers develop the life-saving therapies and vaccines needed to tackle the coronavirus pandemic.

To understand the Sorrento Valley-based company’s innovative work in the space of synthetic biology, Todd Nelson, president and CEO of Codex DNA compared it to the work of software engineers.

“We have the ability to now code and recode DNA in much the same way, the software industry codes and recodes [computer] code,” Nelson said. “And so, what we do with that is we’re able to program genes and cells to do things they never did before or perhaps we can improve functions....and by employing synthetic biology techniques, we’re solving and addressing some of the largest challenges in healthcare and technology.”

He added that two of the key benefits of employing synthetic biology — like in the case of the synthetic SARS-CoV-2 genomes — is the ability to bring drugs to market quicker and the technology of maximizing the density and durability of DNA to store information.

The startup was founded in 2011 and has grown to a team of about 100 employees based in San Diego. The Codex DNA BioXp 3250 system offers a hands-free, end-to-end automation of DNA assembly, cloning, amplification and mRNA synthesis.

Codex DNA started developing the SARS-CoV-2 variants last year for a company that was working on an mRNA vaccine. When the Codex DNA team realized how fast their benchtop system could produce these unique, synthetic genomes Nelson said it clicked that other “companies could use them, basically as the blueprints for making drugs, vaccines and diagnostic products” to help fight the pandemic at speed.

Nelson explained that ultimately their tech helps researchers with productivity, saves companies time during the design-build-test phase of their work and streamlines what was once a messy process of extracting DNA for analysis.

“Think of what we do as being like a 3-D printer for DNA or genes,” Nelson said. “And so, the standard of the industry prior to this was a very manual process that required hundreds if not thousands of steps to isolate and purify genes and genomes. Then, to be able to manipulate them and move them around it took a long time, oftentimes months, and what we’ve done is automated that process so that what once took months can now be done in weeks and oftentimes even days or hours.”

Nelson said the company has received more attention in the past year and currently works with a variety of clients, from large pharmaceutical companies to local biotechnology firms who are using their technology to develop critical drugs, therapies and diagnostic tools.

With the rollout of mRNA-based vaccines to fight the coronavirus pandemic, Nelson said he sees potential for their technology to be employed for future applications in developing other vaccines and therapies.

“It became apparent to us that there’s broader utility for the system than what we’ve developed and that in the future, it may evolve into a vaccine printer,” Nelson said. “The idea being that the next time a pandemic pops up we would have the ability to very rapidly print mRNA-based vaccines in small scale. So, while not manufacturing at the amounts necessary to vaccinate everyone, it could be used to change the slope of the curve for new mutants—essentially developing a rapid printing capability to address the ever-evolving mutations within a virus.”

In this way, Nelson sees the future possibilities for the BioXp system to rapidly print mRNA-based vaccines on a networked platform “as a potentially interesting regional solution to a global problem.”