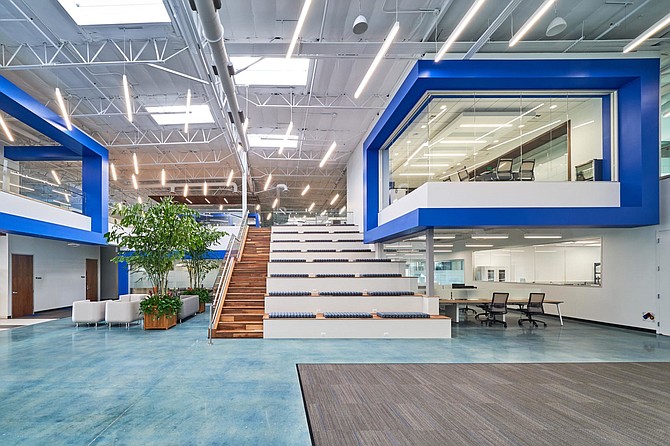 In recent years, San Diego has seen big increases in venture capital investment, and booming construction of new lab spaces around the region.

Burger Construction has made a name for itself as one of the leading construction firms for the life science industry — having recently completed projects for Cue Health and GenMark.

Founded in 1992 by Jack Burger, the Sorrento Valley company has grown exponentially over the last two decades with annual contracts of more than $90 million and a staff of 55.

The company strives to build positive and lasting relationships with owners, architects, engineers, subcontractors, suppliers and employees by bringing value to the table and providing best-in-class service.

“At Burger Construction, we’ve been building strong connections throughout the San Diego community for over two decades,” said Jack Burger, founder and president at Burger Construction. “We are proud of the fact that over ninety percent of our business is referral and repeat business. This attests to the quality and service that we provide to each client.”

Growing up on the dirt roads of Rancho Santa Fe, Jack Burger started his construction career building tree forts in his youth.

He eventually honed his skills working for local developers Douglas Allred and Bob Buie, and as a teenager, he worked as a field superintendent, customer service representative and purchasing manager.

His exposure to building and construction during three decades has led him to his now 20-year-old firm Burger Construction.

At the time Jack Burger formed his company, he had a unique opportunity to help shape San Diego into the technology and life science hub that it is known for today.

“Growing up in San Diego, I’ve watched the city grow from a sleepy cow town to the boosting tech town and it’s pretty exciting from the development side,” Burger said.

The company found early success in remodeling older builds, which later turned out to be a core strategy for the firm.

In recent years, the company has gravitated towards the life sciences, completing notable projects including Inovio Pharmaceuticals, BD-owned Sirigen, and Walgreens-owned Option Care, which provides cancer treatment to patients.

Burger said one San Diego project that stands out for him “that was a true COVID-19 story” was the multi-million renovation of a Sorrento Valley and Vista office building the company did last year for San Diego biotech, Cue Health.

“It was a challenging project. We needed several work permits, but thankfully we had close connections with the landlord (Alexandria) and worked closely with a board member at the EDC as well as the U.S. Department of Defense.”

“It was a pretty significant project that was a both challenging and a fun build,” he said. “It showed everyone’s capabilities of good team work, collaboration, and execution.”

Plans involved a 73,057 square-foot new building, which marked a significant expansion for GenMark. Burger Construction also had to meet exacting specifications set by GenMark including work permits, inspectors approval, among other checkboxes.

The deal is expected to close in the second quarter of 2021, GenMark will continue operating out of its Carlsbad headquarters, which currently has 575 employees.

“This is something that we see happen frequently, where we build out a nice facility and clean up the company and they end up getting acquired,” said Burger. “What’s interesting about San Diego is that we’re seeing large companies coming into town, buying up smaller companies and they’re staying.”

“We’re not only remodeling buildings for a living but we’re also helping companies stay here,” he said.

Looking back on his career, Jack Burger said it’s been rewarding to continue watching the firm grow. Standing at 62-years-old, he touts that there’s still plenty of gas in the tank, adding that his son Eric Burger who serves as the director of operations at the company will eventually take ownership of the business in the future.

“I’ve been fortunate to be able to employ great people that have done exceptional work for the industry and San Diego. It’s been fun watching ourselves grow.”

Looking ahead, the firm said it is focused on helping the local life science community remain competitive while attracting the best talent through modernizing lab space to be functional, creative and leading-edge from a design perspective.