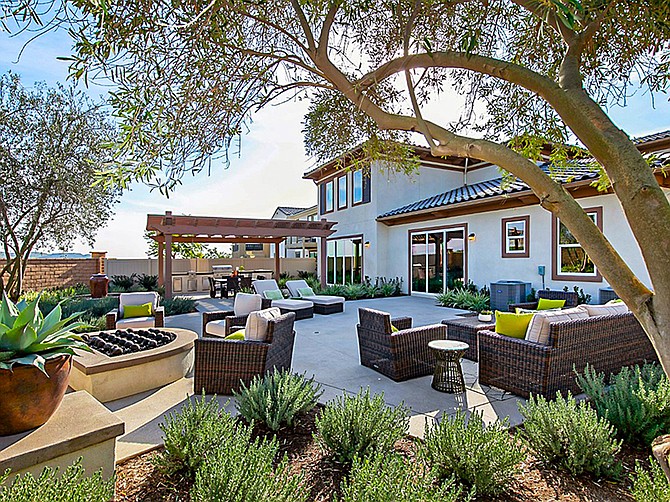 A San Diego firm that finances new housing developments throughout the Western U.S. has dramatically ramped up its investments as a result of COVID-19. Presidio Residential Capital had expected 2020 to be a so-so market for housing investments but the pandemic has turned that prediction on its head, said Don Faye, a co-principal of the firm.

Faye said that in 2020, he expects to more than double what the firm invested in 2019, which he said was a slow year.

“We initially slowed things down in 2018 because we were concerned about where the market was heading,” Faye said.

As of mid-October, Presidio had 21 housing projects approved or pending internal approval, according to Faye, with 15 expected to close escrow by the end of 2020.

The firm’s co-principal, Paul Lucatuorto, said Presidio has $75 million invested in new housing projects, including some in San Diego County, and has at least an additional $75 million to $100 million available for joint ventures with building partners.

Presidio provides financing for housing projects that are built by a variety of construction companies. In San Diego County, they include Cornerstone Communities and Cal West Communities.

“We’ve got a lot of projects going in San Diego and have been for a while and we’d like to get some more on the books,” Faye said. “It’s very difficult in San Diego.”

Faye said the firm expects be closing on projects biweekly for the next three months.

At start of the pandemic in March, many thought the housing market would collapse.

What they didn’t expect was that the pandemic has pushed many renters into the housing market who may not have considered buying pre-pandemic.

“They realized they didn’t have a yard and they had to stay in their home and had no place to go. They couldn’t go downstairs to the gym if there was one, they technically couldn’t go to the pool area,” Faye said. “Millennial renters are starting to realize the advantages or owning a home, especially with the safety concerns of living in close quarters. Even existing homeowners are rethinking where they want to live and what kind of home makes sense right now.”

“I’ve never seen interest rates like this and I think they’re going to stay this way for the next three or four years,” Faye said. “It could change if there’s turmoil over the election in January or if COVID gets worse, more hospitalizations, more deaths.”

The unexpected demand for new homes has been so strong during the pandemic that Faye said some of the builders Presidio works with have already met their sales goals for the year “and new phase releases are being snapped up as soon as they come on the market.”

Presidio Residential tends to focus on what Faye said was the “middle band” of housing priced, with many of investments in California’s Central Valley where he said typical homes sell for $400,000 to $500,000.

“We refocused quite some time ago and said affordability is a big deal. We don’t want to be in the $1 million to $1.4 million. That’s not really the market we want to be in,” Faye said.

Zillow, an online home listing and sales service, reported that the typical home in San Diego County went under contract in eight days, 14.3% faster than in August and 65 % faster than in September 2019.

Entry-level homes were selling in seven days in September, according to Zillow, 63.3 % faster than a year ago.

At the other end, Zillow reported that the most expensive homes in the San Diego market are taking longer to sell – 15 days – but are still going 63.2% faster than they were in 2019.