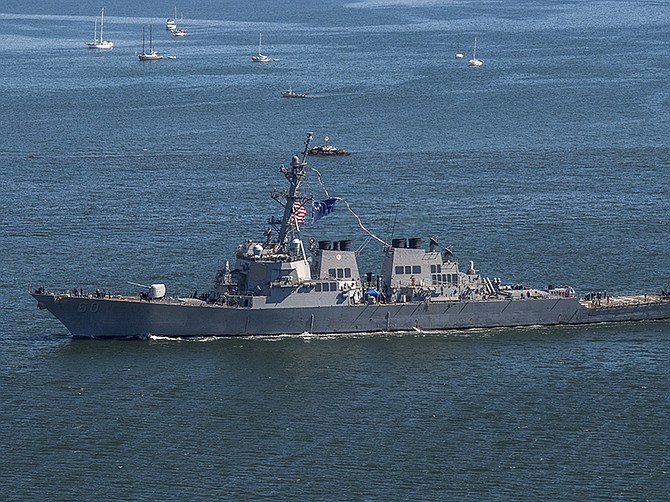 A U.S. Navy ship is a complex human creation that exists in a harsh world. The weather and elements are not kind to it. The ship’s mission adds plenty of other stresses. Realizing this, the Navy sets aside time to maintain and modernize its ships.

A Virginia company, QED Systems Inc., helps the Navy plan such maintenance periods. In a deal that will bring tens of millions of dollars to the San Diego region, QED received a three-year contract to provide such services to the Navy.

The Navy has options on the contract that would increase the total value of the work to $229.4 million.

QED, which has its main office in Virginia Beach, Virginia, was the only bidder on the deal. The Naval Sea Systems Command of Washington, D.C. awarded the contract, announced on Oct. 28.

QED has been providing planning services in support of U.S. Navy maintenance and modernization evolutions from the time the company first started in 1969. The business also plans work on U.S. Navy aircraft carriers and littoral combat ships.

The U.S. Air Force awarded Viasat Inc. (Nasdaq: VSAT) an indefinite delivery, indefinite quantity contract for development of prototype space systems. The contract has a ceiling of $50.8 million and work will be done in Carlsbad. Under the deal, Viasat will provide studies, design, manufacturing, integration, performance qualification, network space segment elements, launch, flight and demonstration of prototype space systems. This also includes the development, integration and demonstration with ground terminals in conjunction with the government Ground Segment to reduce risk and assess performance and functionality for future protected service. It includes the associated program management, system engineering, certification, integration, test and evaluation and configuration management. Work is expected to be completed by February 2026. The award is the result of a competitive acquisition with one offer received. The Air Force Research Laboratory at Kirtland Air Force Base, New Mexico awarded the deal, announced on Nov. 20.

The U.S. Navy awarded AAR Government Services Inc. an aircraft support contract that could be worth as much as $148.4 million over five years. Some 9% of the deal will be performed at Naval Air Station North Island, meaning the local impact could be as much as $13 million.

Under the indefinite delivery, indefinite quantity contract, AAR will provide logistics support for operating and maintaining the C-40A Clipper aircraft — the military version of the Boeing 737-700C — as well as aircraft subsystems, appliances and support equipment.

The deal was competitively procured via an electronic request for proposal. The government received three offers. The Naval Air Systems Command at Patuxent River, Maryland, awarded the deal, announced on Nov. 23.