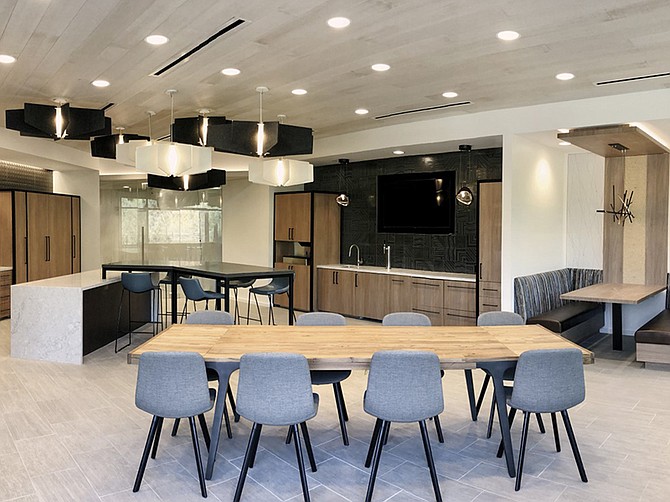 ID Studios based in Solana Beach is remodeling and expanding the Carmel Valley offices of the law firm Mintz to reflect its surroundings in Torrey Pines and evolving practice.

The firm is nearly doubling the amount of space it leases.

Mintz was founded during the Great Depression in Boston and has steadily expanded since, opening San Diego offices in Carmel Valley at 3580 Carmel Mountain Road in 2006 with a staff of 12.

In remodeling and expanding their offices, “We wanted to make sure that we acknowledged that long history but we really wanted to be a San Diego office and feel very San Diego because all the attorneys are San Diegans, they all had their careers here and most of our clients are in San Diego,” said David Salisbury, Mintz director of development and strategic marketing.

Salisbury said final figures on the cost of the project aren’t in and preferred not to give estimates.

As Mintz’s practice grew to encompass San Diego’s booming life sciences and expand its intellectual property practice, Mintz added experts in the field to work with its lawyers.

“We have a lot of senior level professionals on our staff who are not attorneys,” Salisbury said. “We have 38 Ph.Ds on the staff.”

The staff has expanded to 121 and “the space definitely need a refresh,” Salisbury said.

“We actually worked with them in evaluating many spaces for relocation,” Russell-Layman said.

Most of the remodeling was a near complete renovation of the building’s fourth floor, with less extensive work on the second and third floor space that Mintz leases, Russell-Layman said.

In 2018, the law firm changed its name to simply Mintz and adopted a new, cleaner logo in shades of teal, black and blue on an off-white background and the remodel of its San Diego offices was in keeping with the change.

“Their new space is bringing in more of their brand colors and a bit more connection to the ocean,” Russell-Layman said. “The primary color throughout is white, a very fresh white. The accent walls are three different values of blue tones, going from a fairly deep, saturated blue into a much lighter blue.”

Fluorescent light fixtures have been replaced with LED lighting.

In redesigning the offices, Russell-Layman said ID Studios made the interior follow the form of the curved exterior of the building with articulating offices and walls.

A key feature inside is a glass wall that runs throughout much of the space, forming the front walls of private offices, almost undulating to mimic the ocean waves and the eroded Torrey Pines cliffs that are visible in the distance.

Opening up the area was a key element to the remodeling.

“We want to make sure that if you’re sitting in the core of the building that you can still see the trees outside. I don’t think there’s a single place where you can’t see outside. It almost feels like you’re outside. It’s very light and airy,” Salisbury said. “We made sure that every single work space has access to natural light.”

A 1,200 square-foot café was added on the fourth floor with access to a 200 square-foot deck and separate areas for quiet dining with sound dampening furniture and a more open area for more social gatherings.