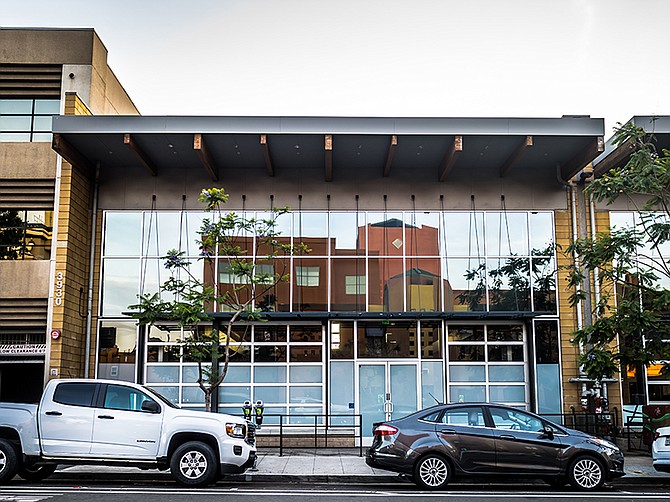 Scheduled to open early 2021, PlantX is a plant-based lifestyle, community and food retail concept out of Vancouver, Canada. The 4,515-square-foot San Diego store will be the company’s U.S. flagship location and the first of many planned U.S.-based openings, according to the company.

It will offer over 5,000 all-vegan pantry products, refrigerated and frozen foods, grab-and-go meals, an on-site coffee shop and an education center. A restaurant manned by Los Angeles-based Chef Gregg Drusinky will be included. In the face of COVID-19, contactless check-out using the PlantX app and QR codes will also be implemented.

The company, with one location in Canada, employs north of 50 and is projected to reach $50 million in revenue by the end of 2021.

“Hillcrest was one of their main target areas to launch in San Diego,” he said. “They did their research and they found that Hillcrest is the epicenter of the vegan lifestyle here. The space, previously an H2O Sushi & Izakaya restaurant site, was laid-out perfectly for what they were looking to do, which is a very unique concept with a grocery store component and the utilization of some space for meal prepping, a food delivery program and retail. There is already an existing kitchen, a walk-in cooler and a big bar at this property – it hit all the marks.”

Spilky said because the landlord was motivated, as the property sat on the market for a few months due to the pandemic, PlantX got a lower lease agreement; the company signed a five-year contract at market rate. After the five years are up, PlantX’s monthly rent can change based on what the market rate is at that point, he said.

On the e-commerce side of things, PlantX has partnered with San Diego-based Liv Marketplace LLC. The latter will serve as its exclusive online fulfillment partner and retail distributor in the U.S. It will also establish and operate the PlantX retail store and coffee shop at the San Diego store and future U.S. PlantX openings.

“The idea is for the San Diego location to help further that community vibe we have been creating online,” said Alexandra Hoffman, PlantX’s chief marketing officer. “We want customers to come in and feel like they can ask anything. Education is always behind everything we do at PlantX. So this store will be a place where people can come in and find new ways to enhance their healthy lifestyles.”

Added Julia Frank, PlantX’s CEO: “Having a brick and mortar location, especially in such a great neighborhood in San Diego, is a huge leap forward for us. This is only the beginning of our expansion and will showcase the type of community we plan to build.”

The Hillcrest store will be a prototype for PlantX as it embarks on its U.S. expansion.

The company plans to continue to grow nationally via a franchise model, as well as increase its online presence, said Sean Dollinger, founder. Additionally, it recently acquired Bloomboxclub Limited, Europe’s largest plant subscription company, he said, as part of its international expansion strategy.

PlantX teamed up with Canadian Iris Construction Management for the build-out of the Hillcrest shop, as well as for future turn-key franchises across the country.

Scott Kurz, business development manager at Iris Construction Management, said the PlantX spaces will be anchored by the aforementioned education centers and a 360-degree glass greenhouse. Many will also include floor-to-ceiling interactive recipe kiosks, he added.

Dollinger, founder, said the PlantX franchise model is all-inclusive. He said he hopes “people hurt by COVID-19 will join this incredible movement of plant-based living.”

“Our concept will allow business owners who have cafes, stores, etc., to join a multi-billion-dollar industry pretty much overnight,” he said. “We invite anyone who is interested in starting a franchise to join the movement. Even if people have 500-square-feet of temp space, we have a model that works for them.”