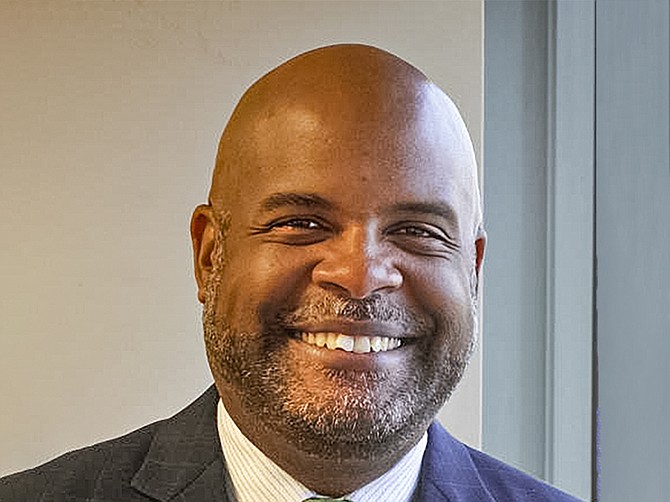 Sean Spear in October took over as the new CEO of Community HousingWorks, an affordable housing developer based in San Diego.

Before coming to San Diego, Spear was general manager for housing investment with the Los Angeles Housing and Investment Department and had previously worked as executive director of the California Debt Limit Allocation Committee and managing director of Hunt Mortgage Group.

Q: Why did you decide to come to Community HousingWorks?

A: The more I dived into how CHW works and how seriously that they take the mission, the move just seemed right for me. I really like more than anything else that they really approach the business in making sure they’re very solid in their decision making, that they bring a lot to the table in terms of not just being a developer but in terms of being an owner who cares and focuses on the betterment of the lives of their residents

Q: What do you want to do with the organization?

A: We’re on very solid ground which I’m very appreciative of. That really kind of gives us actually the ability not to just maintain where we are but to actually look at new opportunities that are coming along as a result of where the economy is. You have some affordable housing owners that are looking to sell portions of their portfolio or in some cases all of their portfolio. Affordable housing actually does very well during a recession. The cost of land typically can come down again, the cost of construction contractors come down because there’s less competition. As long as your partners on the public agency side still have some funding to help with the funding gaps on the deals, you actually have the chance to actually do more than in a hot market so we’re definitely keeping our eyes open for opportunities for us to pick up more properties that we could retain long term ownership and retain their affordability. We’re also looking at opportunities to pick up land where possible for new construction and also engaging with our residents even more than we did formerly to make sure their financial situation is maintained as well.

Q: Will you be investing in projects outside of San Diego County?

A: We think there’s a value of continuing to build in our base area, which is San Diego County but also look at opportunities outside, really in the Bay Area and Central valley toward Sacramento. We think a large part of it is taking our model, frankly our brand, and bringing it to communities that we believe would like to have us be a partner with them.

Q: You come to San Diego from Los Angeles. How is San Diego different?

A: It is very different in many respects. I think there’s a saying that folks have here as well, like San Diego is the biggest little town that you’ll come across. There’s definitely a lot of personal relationships that drive things here. At the same time, the size of it is manageable. You can have those kind of personal relationships, get to help move the work of your organization forward and it’s a manageable group. You won’t spend years trying to meet everybody you should know to build networks of partnership with.

Q: How does the homeless situation in San Diego compare to Los Angeles?

A: It’s very similar in some respects. You do tend to have a little bit of concentration in downtown, just the same as you would find in LA and frankly, the same you would find in San Francisco and even Sacramento. People are also seeing the homeless in other neighborhoods as well. It’s not as out in the open as you might find in L.A. but they are there. From what I’ve been told from the staff, it’s sort of similar to what we have in L.A. which is that the homeless that are out in neighborhoods are oft-times, they’re not riding the rails to come to that neighborhood, they’re the people that lived in that neighborhood and now don’t have a roof over their heads.

Q: Do you see the homeless situation getting better any time soon?

A: I tend to be very fact based, so to me, it’s wanting to know what the homeless count is and we’re not going to be able to know that for a little while but I would certainly suspect that the numbers would go up as a result of the COVID recession. At the same time, folks that are relatively new to homelessness, it can be relatively easy to get them out of it if you can just provide them with services, if they had something to move into.

A: To me, the big thing is we just rolled out a new four-year strategic plan. It calls for us to ramp up our housing production and ownership by nearly 50% over the next four years. It a big challenge for us but we’re up to the task. Swing for the fences so to speak. Right now we have 3,761 units of housing scattered in 42 developments across the state. We want to take that up to 5,000 in the next four years. We feel pretty confident that we could get there barring anything else on top of COVID.