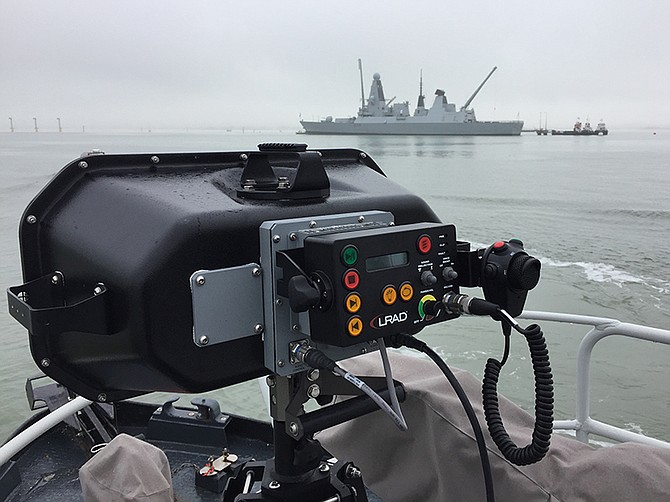 The coronavirus may have delayed some business for Genasys, but it has not halted it.

In fact, CEO Richard Danforth talks about beating his company’s record 2019 revenue of $37 million by the time the current fiscal year ends on Sept 30.

As a maker of mass notification technology and military-grade acoustic hailing devices, Genasys sells to governments at several levels, including the U.S. government and U.S. allies.

The Department of Defense and ministries of defense are good clients to have, Danforth said in a recent interview, and the coming years promise some interesting competitions.

Australia is holding a competition to replace its national emergency warning system, which sends warning messages to citizens’ phones.

By early fall, Danforth expects a request for proposal for a European Union warning system, similar to Australia’s, to arrive on his desk.

Both projects have the potential to grow the business significantly, the CEO said.

Genasys was previously known as LRAD, after its Long Range Acoustic Device. The technology is able to send a very focused beam of sound up to 5.5 kilometers, or more than 3 miles. It is used by military services, and it’s used by civic authorities for crowd control.

Multiple U.S. agencies placed $1.4 million in orders for devices, Genasys announced on May 12. Some of the units will be used for COVID-19 response.

The U.S. Army is also in the middle of acquiring $110 million worth of devices over several years, the CEO said.

In the early part of 2018, the business bought a Spanish software company that offers mobile alerts. Last year, the business changed its corporate name, LRAD, to that of the acquired company, Genasys.

Danforth also noted that the number of employees in his Spanish office has doubled.

The company had originally targeted $10 million in revenue for the recently ended quarter, Danforth said. However, the coronavirus pandemic affected acceptance testing and delivery of two orders worth $1.6 million.