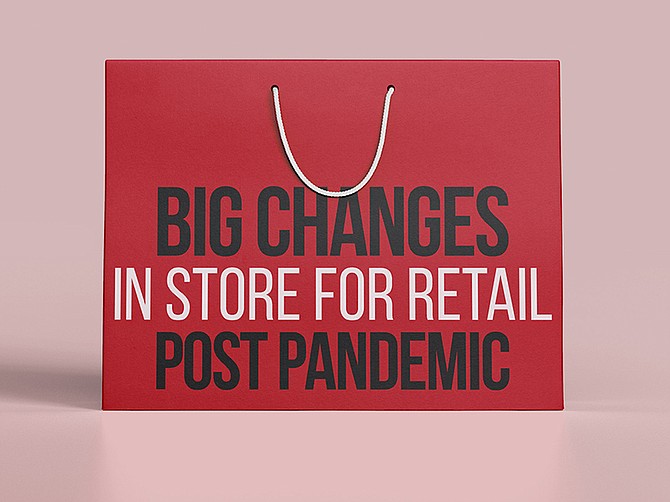 Retail is one of the hardest hit segments of the economy in the COVID-19 pandemic and experts said expect big changes in the market as we work our way through the chaos the pandemic has created and its aftermath.

The retail market was strong in San Diego County going into the pandemic and it will surely bounce back, according to most, but with a changed look.

“They have so many issues right now with cash flow, disruption of supply chain, health and safety. Those are immediate issues they have to navigate,” Belch said.

“Retail will be back,” Sigal said. “What it will look like depends on where we are in this cycle of this particular pandemic.”

For restaurants that operate on slim profit margins, the changes can be problematic.

One way to help is that where space is available to allow more patio dining, maybe by extending the restaurant space into parking lots, said Peter Belisle, Southwest market director for the commercial real estate brokerage JLL.

With the bulk of business pre-pandemic Thursday through Sunday, “The other thing they’re looking at is, is there a way to shift behavior to going on some of the other nights that aren’t the big push nights,” Belisle said.

Many retail goods stores are looking at limiting the number of people allowed to enter and have markers directing people through the stores, much as many grocery stores have done already.

Barrie Scardina, head of retail for the Americas for the commercial real estate brokerage Cushman & Wakefield, said the pandemic will hasten the introduction of new technology in retail.

For instance, Scardina said stores may adopt line management measures similar to those of Disneyland to tell people how long they must wait in lines to get inside or to a cashier.

Virtual reality to demonstrate products at makeup counters may replace clerks who applied makeup to customers.

“We have to redefine the store,” Scardina said. “How do you make the store experience safe and really engaging?”

Bigger questions include how to respond to the surge in e-commerce shopping down to simple things, like how to allow people to pick through clothing. Some stores are talking about eliminating fitting rooms.

Sigal of NewMark Merrill said he’s advising clothing retailers to invest in steam cleaners so clothing can be quickly cleaned after customers try on outfits.

Prior to the pandemic, the trend was to redesign older shopping centers and build new ones to be “experiential” with the emphasis on creating gathering spaces and recruiting tenants that will lead people to see a trip to a shopping center as an event rather than a quick stop to buy something and leave. That’s likely to continue, although, possibly with modifications.

“People will still gather and meet at retail destinations once it is safe to do so, but the differentiator is that it must be meaningful,” said Carrie Bobb, founder and CEO of the commercial real estate brokerage Carrie Bobb & Co.

“Consumers are seeking more than Instagrammable walls, if that makes sense,” Bobb said. “Fostering a sense of community and really bringing people together with a purpose, for a purpose.”

Before she formed her own company, Bobb was responsible for leasing much of the retail space in the shopping center portion of Kilroy Realty Corp.’s One Paseo in Carmel Valley.

One Paseo was designed from the outset to be a place for people to gather as opposed to shop and leave, and Bob Little, senior vice president of development and construction, said Kilroy will stick with that plan.

“We absolutely don’t intend to make any changes that would change the vibe,” Little said. “When things return to normal, I think people will really desire that connectivity. We wouldn’t want to change that.”

Lynn Reaser, chief economist at the Fermanian Business & Economic Institute at Point Loma Nazarene University, said that retail centers may retain their overall focus on the experiential, but that the model will have to adapt as a result of the pandemic.

“Until a vaccine is developed and becomes widely available, legal restrictions and/or consumer fear will prevent large gatherings,” Reaser said. “People may look for an escape from their homes, but retail centers will need to limit capacity, require masks, and take other measures such as temperature taking and distance enforcing.”

Belisle of JLL said shopping centers “are absolutely going to take and modify how they’re creating an experience, looking at ways to eliminate bottlenecks, thinking about parking, how people come up out of parking garages.”

Nearly everyone expects that e-commerce will become more prevalent but many said it’s unlikely to dominate.

“The pandemic has vastly increased the use of online shopping, bringing in whole new groups of customers,” Reaser said. “With people still reluctant to return to stores, even when permitted, online shopping is likely to hold a significant amount of its recent gains.”

Belch of SDSU said smart retailers will step up changes they started making before the pandemic to adapt to e-commerce — offering curbside pickup, encouraging customers to order online but pick up at the store and increasing their online presence.

“They have been making adjustments. It’s not like they’ve had their heads in the sand. They know what they have to do,” Belch said. “They’re going to have to be stronger than ever with their e-commerce operations.”

Several experts said that they expect the trend to modify the old model of regional shopping centers anchored by larger department stores will accelerate by breaking up larger spaces and adding housing, office or other uses.

“We were already seeing some of the larger retail projects across the country converting space to office or multifamily. The pandemic is escalating those conversions,” Bobb said. “It will take some time, but I believe it will level itself out. Retail will remain an important element it projects and destinations, even if it’s a smaller portion of the total GLA (gross leasable area).”

Several people pointed to the conversion of Horton Plaza into an office-centered project and Westfield UTC with its addition of a condominium tower and redevelopment of a former Sears store as examples of what’s likely to become more common post-pandemic.

“All these owners of shopping centers are looking at what Westfield did at UTC,” said Jack Gallagher, managing principal of Dahlin Group Architecture Planning's San Diego office.

“There are a lot of positives there with the housing, with the high-rise there, consolidating the parking where they can free up the other land,” Gallagher said. “It’s just very well done.”

Proof that retail still has its attractions came in the recent sale of the Escondido Town & Country shopping center on East Valley Parkway to JH Real Estate Partners for $13.5 million.

At the same time, Escondido also illustrated the trouble facing some regional malls when Nordstrom recently announced it was permanently closing its store at the Westfield North County mall.

Economist Alan Nevin, director of economic and market research of Xpera Group, said he wouldn’t read too much into the Nordstrom’s closure and its effect on the mall.

“That has been an extremely weak center from the beginning and they have to really completely revitalize that center. I’m sure they will,” Nevin said.

As Nevin sees it, neighborhood shopping centers with pharmacies and grocery stores as anchors will be the strongest sector of the retail market coming out of the pandemic.

“They will be fine. For the most part, they haven’t been hurt because many of their online stores have remained open,” Nevin said.