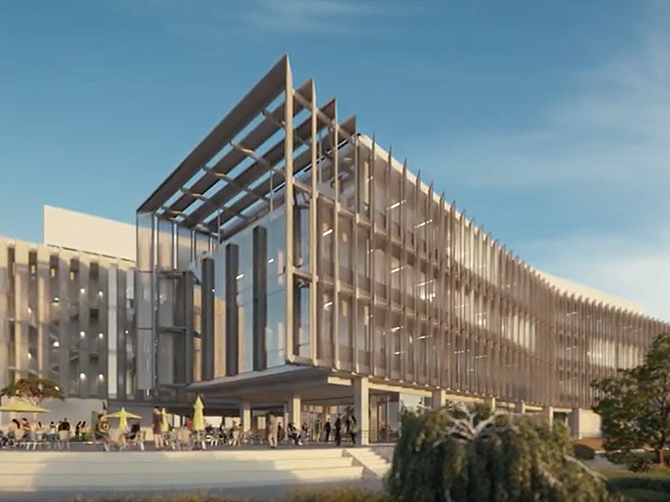 Engineers bring both intellect and creativity to their task of solving problems in the built world.

The work can be hard, but sometimes it ends with an elegant solution.

The San Diego Business Journal recently approached several local engineering firms, asking about their biggest challenge of the last few years, and how they approached it. Despite the wider national issues of the last week, a handful took time to share their stories.

The work in conjunction with the city of San Diego is “a project we are particularly proud of,” a Kleinfelder spokesman said.

In its original condition, the bridge was inadequate to support the load of modern vehicles. Caltrans called it “functionally obsolete and structurally deficient.”

The bridge and its retaining walls also showed extensive deterioration, were seismically deficient and had several functional deficiencies, including substandard barrier rails and sidewalks, and insufficient vertical and horizontal clearance.

The community told the city and Kleinfelder that it would rather modify the bridge than replace it.

Extensive seismic upgrades to the structure were needed and a full retrofit plan, as well as other rehabilitation efforts for the bridge were developed by Kleinfelder’s design team. Plans called for, among other things, lowering the roadway of University Avenue by about 2½ feet to accommodate large trucks traveling under the bridge.

“Squeezing a modern seismic design into the framework of a historic arch bridge, along with working in a confined environment that had to maintain the continuity of traffic flow was no easy feat,” the engineering firm said. “Kleinfelder utilized innovative techniques including integration of existing arch ribs into the final structural system, hydro-demolition of cover concrete and self-consolidating concrete with reinforcing fibers.

“The design included multiple complex traffic staging and construction of a traffic protection cover to safely allow traffic under the construction and limit road closures to nighttime only.”

The bridge opened early so it could be part of the San Diego Rock ’n’ Roll Marathon.

The total design and construction cost was $15 million.

The city and Kleinfelder have received several awards for the design.

Louis Armstrong is CEO of Kleinfelder. John Moossazadeh is San Diego area manager for the company.

The goal is to harden transmission lines against fire and strive to eliminate the need for Public Safety Power Shutoff events mandated during high winds on hot summer days.

In some cases NV5 is designing steel power poles in the back country. The challenge has been cost. The price for steel poles has been rising. As prices have gone higher, the company has been evaluating the idea of putting power lines underground. From the way Kasner describes it, it is neither a quick nor an easy decision. On top of the standard cost-benefit analysis, the firm has to evaluate the safety and benefit of each approach.

There are also technical challenges to installing long segments of underground power cables, she said.

A separate challenge Kasner sees is getting qualified staff for her firm.

Businesses such as hers still need surveyors who can go into the field to evaluate job sites. The average age of surveyors is rising. While technology such as drones can take up part of the slack, drones are not a complete solution.

One immediate challenge on her desk is the new emphasis on working from home, since the computer files handled by engineering firms can be massive (up to 1 terabyte for a project such as a pipeline). Computer models taking in LIDAR data can run several terabytes. (LIDAR stands for light detection and ranging.)

Because CAD files are so big, it can be difficult for a person to work on them at home, she said.

The business provided structural and fire protection engineering services for the building.

According to Casey Whitsett, principal at Coffman Engineers, the project included many unique architectural and structural elements starting with a highly irregular shape of the concrete floor plans, which are split into a butterfly shape with four “wings” spreading out from a central core. Each wing ends in a long structural cantilever, which means the supporting columns are significantly set back from the building edge to give the structure the appearance of floating at its ends. Most notable, for structural engineering challenges, is the one of a kind spiral steel stair that activates transportation through a prominent four-story open atrium in the center of the building. The spiral stair is not supported by any supplemental columns and will appear to float from floor level to floor level.

By their very nature, open atriums allow the interconnection and activation of multiple stories without the same physical construction that typically accompanies vertical openings in a building.

Scott Twele, managing principal at Coffman, said that this interconnection can pose a significant threat to occupants during a fire scenario as smoke and hot gases developed from a fire on the ground level can compromise exiting, visibility and safety of occupants in other areas of the building. Coffman’s fire protection team utilized performance based design concepts along with fire modeling and occupant evacuation software to design the atrium smoke control system within the atrium to ensure building and occupant safety is not compromised in a fire event.

In a statement, Coffman said its multidiscipline engineering team worked diligently with all project stakeholders and design partners to evaluate and resolve these complex engineering issues to ensure that Franklin Antonio Hall could be designed to code, while fulfilling the vision of the university and providing an innovative and beautiful building that will be utilized for many years to come.