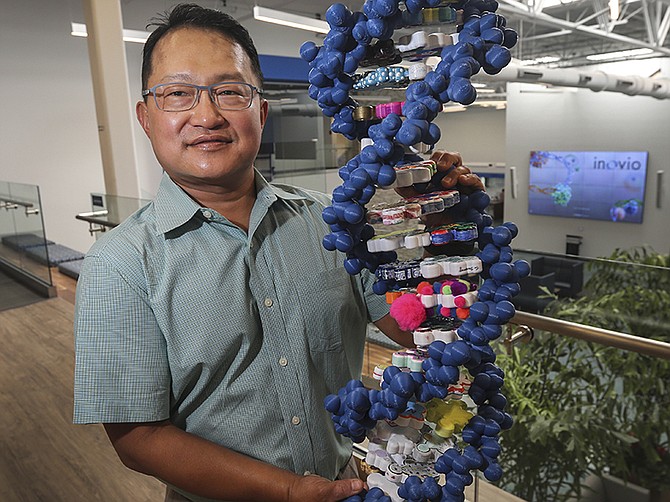 Inovio Pharmaceuticals recently received a $5 million grant from the Bill and Melinda Gates Foundation to accelerate the testing of its device that pairs with its potential COVID-19 vaccine.

The preclinical vaccine, INO-4800, is slated to move into human testing next month. For vaccine delivery, the company tapped its handheld device that coaxes medicines through cell membranes.

Working Around the Clock

The battery-powered device has delivered other medicines in Inovio’s pipeline. CEO Joseph Kim said the company is “working around the clock” to advance the technology and vaccine.

“We look forward to attracting additional partnerships to expedite its development to meet this urgent global health need,” he said in a statement.

Inovio’s vaccine in late January attracted a $9 million grant from the Coalition for Epidemic Preparedness Innovations. Earlier that month the company in mere hours created a vaccine construct by analyzing COVID-19’s genetic makeup, drawing upon past experience in related respiratory viruses.

The company is among the drugmakers working on COVID-19 vaccines. Massachusetts-based Moderna on March 16 became the first to reach clinical trials. But experts say a public vaccine might still be a year away.

Inovio hatched the vaccine in its San Diego lab, though the company is headquartered in Pennsylvania.

A need for device technology brought the company to San Diego. Inovio — previously VGX Pharmaceuticals — through a merger with San Diego’s Inovio Biomedical in 2008 gained intellectual property at the core of its delivery devices.

The company’s Cellectra 3PSP device received the $5 million grant. Inovio plans to use the funds to finish development and scale up production. The company said it aims to make millions of vaccine doses.

Cellectra 3PSP got off the ground in 2019 with $8.1 million from the medical arm of the U.S. Defense Threat Reduction Agency.

Inovio’s stock has swung heavily in recent weeks, but overall trended up, closing at $7.44 a share on March 18. The company has a $743.9 million market cap.

Investors are also watching Inovio’s VGX-3100, designed to treat lesions and infection brought on by HPV, or human papillomavirus. It’s anticipated that data from a late-stage clinical trial will be released later this year.

If positive, the company would ask the U.S. Food and Drug Administration to approve VGX-3100.

San Diego’s Arcturus Therapeutics is yet another company in the COVID-19 vaccine race. Earlier this month, the company’s vaccine landed $10 million from the Singapore Economic Development Board.