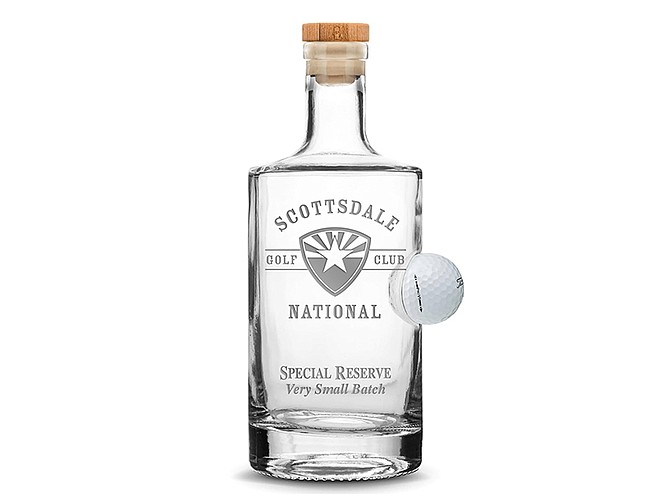 Last month, Amazon Handmade, a store within Amazon.com dedicated to artisans, released a list of the top 10 cities with the most makers. San Diego came in at No. 7 and California topped a separate list ranked by states.

Zachary Lewis, founder of Santee-based Integrity Bottles, which makes sand carved and etched wine and liquor bottles and glassware on Handmade, said he sells 20 times more since launching on the platform in 2017, bringing its annual revenue to $900,000 in 2018 and $1.2 million in 2019. Now, Integrity Bottles is forecast to reach $1.4 million by the end of 2020.

“I started selling locally to military commands and sailors and different military personnel around town,” said Lewis, whose company produces about 6,000 to 7,000 units per month and ships between 5,000 and 10,000 units per month. That number increases to about 13,000 a day during the holiday season.

Out Selling the Competition

“We started selling on Etsy (late 2016), which was a simpler platform we were able to leverage. When we found out that Amazon had a Handmade category, that really kind of changed everything… Amazon had more of a structure to it… As soon as we got in, sales began doubling. Still today, we sell 20 times more on Handmade than we do on Etsy, Shopify or on our own company website.”

Lewis said when he first launched on Handmade, he didn’t know much about selling online. But Amazon Handmade provided guidelines, he said, like “capture emails within 24 hours” and “ship products within a certain time frame,” which helps small businesses like his provide quality service and retain customers. In fact, Lewis said selling on Amazon not only grew his business on the application, he was also able to expand into other sales avenues, including major drop shipping. Although Integrity Bottles doesn’t sell as much through drop shipping as it does on Amazon, it does serve as additional income, Lewis said.

For Lewis, who served in the U.S. Navy for 10 years, the reason San Diego is a hotbed for Amazon Handmade is because of the county’s military community.

“Military spouses have such a unique position and drive for success,” he said. “You have the military member, who goes on deployment and training and a lot of times, the spouse is saying, ‘I want to do this with my life and I want to crush it.’ I’ve seen a ton of startups happen that way, and, we help them by telling them how we got started.”

“Across the country, there are hundreds of thousands of creative, hard-working and unique American small businesses that are thriving with Amazon,” he said. “Small and medium-sized businesses selling in Amazon’s stores had a record-breaking year in 2019, with nearly 25,000 American small- and medium-sized businesses surpassing $500,000 in sales. We will continue to invest billions of dollars in tools, services, people and programs — like Amazon Handmade — to help these businesses grow and succeed.”

Laurie Books, owner of Laurali Designs, a jewelry line based out of College View Estates, has been selling on Amazon Handmade since 2015. In 2019, the company increased its sales by 81% and she hopes revenue will double in 2020.

“I started selling at local craft shows and markets — any type of show I could attend in the San Diego area,” said Books. “Did that for about two years. It’s just a lot to pack everything up and schlep everything around. When Etsy came about my husband said, ‘why don’t you just give that a shot for the next year?’ That was 2009… (But) on Etsy I started to go down in sales because it was so oversaturated with so many people doing jewelry. Then Amazon decided to do the Handmade section, and that was very exciting. I’ve been there since the beginning and it has been all uphill and wonderful.”

Books explained that Amazon Handmade charges a percentage whenever a maker sells an item. For jewelry, that fee is about 22%, she said, adding that her top sellers include mother-daughter jewelry, wedding jewelry, essential oil bracelets and infinity jewelry in sterling silver and sometimes gold. She said she produces three times the volume these days than she did before she started selling online, selling 3,054 units in 2018 and 6,072 items in 2019.

Fees aside, Books is content with the state of her business and its growth, thanks in large part to Amazon Handmade, she said. One of the things Books likes about Handmade most is its “fulfilled by Amazon” option. She pre-makes and prepackages her items and ships them out to the Amazon fulfillment center every Friday, which then disperses to different Amazon warehouses. That merchandise is then made available to anyone shopping on the Handmade site, she said, with Amazon packing the items and shipping to purchasing customers.

As a result, Books said she is considering shutting down her Etsy store altogether. It takes up time that she rather spend focusing on her Amazon Handmade business, she said.