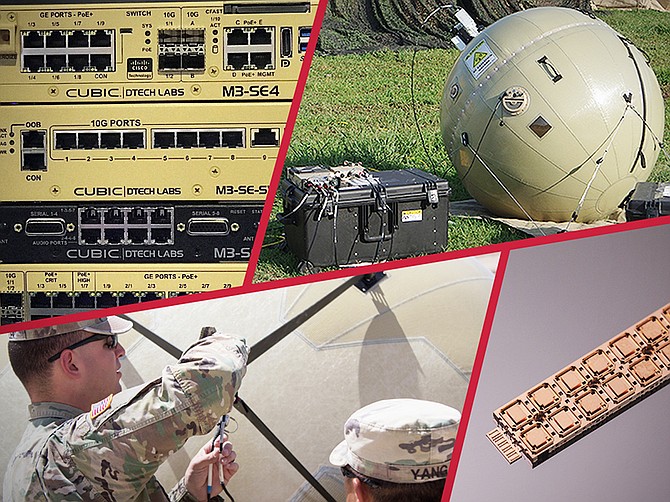 The following are selected defense contracts awarded to San Diego County companies. They have been announced by the U.S. Department of Defense or the contractor itself during the previous month.

Cubic Corp. announced on March 5 that it received a contract from the Defense Information Systems Agency, also known as DISA, that could be worth as much as $99.3 million over five years. Under the deal, Cubic will continue previous work operating the Pentagon’s Unified Video Dissemination System, also called UVDS.

The deal contains a one-year base period and four option years and could be worth $99.3 million if the government exercises all of its options. Work will be performed in Virginia, Maryland, Pennsylvania and unspecified overseas locations.

As part of the deal, Cubic will continue work with DISA to integrate UVDS with emerging cloud and cross-domain technologies.

Value of Army Deal to Be Determined

Separately, Cubic announced on March 9 that it had potential work on U.S. Army communication systems. Cubic said that it was one of 22 contractors selected to compete under a large, multiple award contract vehicle. It was unclear how much Cubic is poised to receive. The 22 winning bidders on the indefinite delivery, indefinite quantity contract will split as much as $5.1 billion over 10 years. The deal is called GTACS II, short for Global Tactical Advanced Communication Systems.

“We offer highly proven and differentiated tactical communications capabilities to support the expeditionary needs of our military forces,” said Mike Twyman, president of Cubic Mission Solutions, in a statement issued by the company. “GTACS II gives us an additional avenue to continue delivering our comprehensive C4ISR solutions to one of our key customers and positions us well for continued growth.” The initials stand for command, control, communications, computers, intelligence, surveillance and reconnaissance.

The Army announced the 22 winners on Jan. 6.

The U.S. Air Force awarded Valiant Global Defense Services Inc. a seven-year research and development contract with a $30 million ceiling. The indefinite delivery, indefinite quantity deal calls on Valiant to conduct research and development. The contractor will evaluate tools and technologies that will let different branches of the military and allies plan and exchange data “to maximize interoperability and mission effectiveness when combating chemical, biological, radiological and nuclear threats.” Work will be done in San Diego, Ohio and Hawaii. The Air Force Research Laboratory at Wright-Patterson Air Force Base in Ohio awarded the deal, announced on March 9.

Staite Takes on Navy Base Dredging

The U.S. Navy awarded R.E. Staite Engineering Inc., a small business in Barrio Logan, a $15.3 million task order under a multiple award construction contract for maintenance dredging at Naval Base San Diego. Work is expected to run through September 2022. The work will re-establish the design operational and berthing depth required for Navy ships and other vessels. The project also includes an ocean disposal material turbidity curtain and additional dredging costs associated with a monitoring station identified in the specification. Options to the contract, if exercised, provide for water quality monitoring and reporting and an on-site qualified biologist. The Naval Facilities Engineering Command Southwest of San Diego awarded the deal, announced on Feb. 27. It received four proposals.

The U.S. Navy awarded Aptim Federal Services LLC of Alexandria, Virginia a $10.5 million construction contract. Aptim will be in the region building a mini-mart and gas station at Naval Base San Diego. The work was awarded as a task order under a multiple award construction contract. In addition to fuel dispensers and overhead canopies, the mini-mart will include a covered retail area, a walk-in beverage cooler and reach-in coolers and freezers. Additionally, the building will include a receiving area, patron restrooms, an employee lounge, office and support spaces. Work is expected to be complete by December 2021. The Naval Facilities Engineering Command Southwest of San Diego awarded the deal, announced on March 3. The Navy received two bids for the work. n