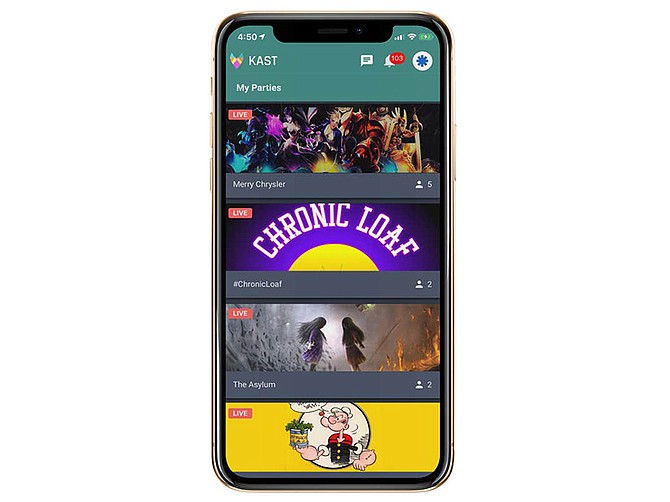 Two San Diego-based gaming startups, called Kast and MegaFans, are quietly building their tech-enabled platforms which plan to service millions of gamers nationally within the next several years.

Jeffrey Donnelley, a local advertising and marketing gaming expert said the increasing growth of the competitive mobile e-sports market, is what propelled him to start his company, Megafans

“The e-sports is just now emerging. It’s generating about $1 billion but its growing very quickly.” CEO of MegaFans, Donnelley said, “Around 2013, League of Legends, which is an online game, offered the biggest prize pools in the market at $100,000. Fast forward to 2019, total payouts in e-sports is about $15 million. It’s a hyper-growth market and you don’t see those very often.”

Founded in 2017, the gaming startup headquartered in Carlsbad, classifies itself as a mobile gaming e-sports platform, which combines casual mobile games with competitive tournaments for prizes. For those who are baffled by the fact that companies are able to effectively monetize in today’s evolving gaming industry  —  it comes down to hierarchy of needs and psychology.

“There’s an innate “human need” for competitiveness. We like to compete, we like to win. Add prizes to that, suddenly there’s a compulsion aspect,” Donnelley said.

Mark Ollila a respected leader in the gaming industry also said that gaming is a high growth market, and will remain one for some time. He added, “in the middle of last year, the global game market generated 152 billion and has seen double-digit growth for the last 10 years.”

Kast, headquartered in Miramar is working to be the “online living room” for gamers and streamers. Founded in 2015, the Kast App is a real-time video sharing platform that allows its users to screen capture, text, and video chat, among other features allowing them to connect with friends anywhere.

To date, Kast said it raised over $4 million in seed round funding and employs 13, with a small office in Finland. MegaFans, also still in the early-stages said it closed a friends and family round and is actively looking for strategic partners for its next fundraising cycle.

Historically, San Diego has often been overlooked as the city “innovating” the next big thing in the industry. However, there are several giants and medium-sized gaming players in the region’s ecosystem including, Sony Entertainment Interactive, Rockstar Games, DayBreak Games, Amazon Gaming, and most recently Warners Bros., among others.

“There are giants in this market here. It’s happening today, people just aren’t aware of it because it’s not visible,” Donnelley said.

Southern California is one of the most exciting places when it comes to game companies that have made a massive impact. “Los Angeles’s Riot Games, created extremely popular League of Legends that still generates significant revenue and so forth. You go south into Irvine, and there is Blizzard Entertainment, creator of World of Warcraft and e-sports game, Overwatch. Continue south into San Diego, and you find Psyonix, creators of Rocket League one of the biggest e-sports games.” Ollila said

In 2019, Psyonix, the local developer of soccer-like title, “Rocket League,” turned gaming giants’s heads last year after it was acquired by Epic Games. Terms of the deal were not disclosed.

“I think the market deserves attention in the San Diego region, there’s a lot of independent developers and talent here,” Donnelley said.

A testament to the local gaming community is the nonprofit called the International Game Developers Association (IGDA), the world’s largest nonprofit membership organization which has a huge local chapter with over 4,000 independent developers in their network. In particular, the organization helps individual developers break into the industry and provides education on how the gaming industry works.

“I think there’s going to be definitely an interesting explosion coming around the bush. You got Sony and Microsoft coming out with the new console at the end of this year. You also have a range of different types of genre games and companies that are very talented and established here in Southern California. It’s pretty exciting,” Ollila said.