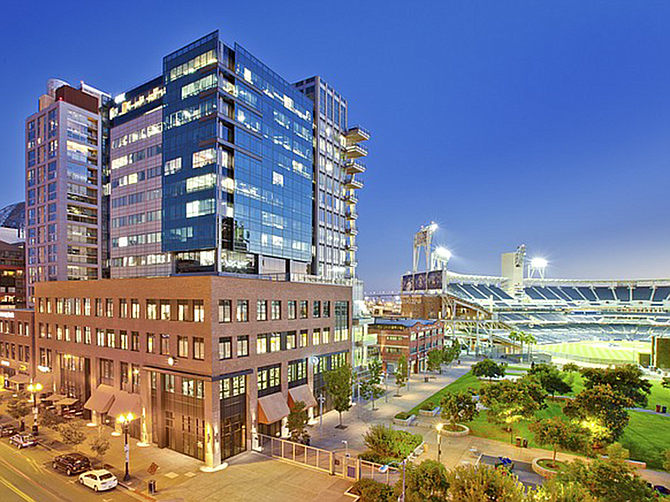 Suburbs were king when it came to adding new office space to market over the past decade, adding nearly 13 times as much office space as in urban neighborhoods.

Since 2010, 7.7 million square feet of office space was built in the suburbs, with UTC and Carlsbad growing the most, according to a report by CommercialCafe, a national commercial real estate listing service of Yardi Systems.

Over the same period, 594,000 square feet of office space was added in San Diego’s urban neighborhoods.

The report covered only properties of at least 25,000 square feet with a minimum transaction price of $5 million.

For San Diego, CommercialCafe defined urban areas as roughly downtown extending to the northwest along Interstate 5 to the Midway District and to the south and east from the coast to Interstate 805 south to state Route 54.

The strong tilt toward the suburbs in new office construction wasn’t unique to San Diego.

“This type of expansion signals a shift in preference for both companies and employees alike away from traditional creative tech hubs like Silicon Valley and San Francisco and toward cities with a lower cost of living and high quality amenities,” McGregor said.

Based on past performance, McGregor said he would expect most new office development to continue to be in the suburbs.

Downtown often is seen as an up-and-coming desirable location for business because of people moving into new downtown apartment towers prefer to live, work and play in the same area.

“People can live, work and play in urban areas already,” McGregor said. “However, with businesses locating outside the city center, it’s less desirable. Planned life centers, specifically designed places where people can live work and play are and will continue to be more common around the urban core periphery where amenities are less concentrated. It’s also likely that we will start to see them along the boundaries of suburban office parks and campuses, like University City and Sorrento Valley.

“I’m a big believer in downtown,” Urie said. “We are on the cusp of our town growing up very dramatically, similar to other cities on the West Coast.”

Urie predicted that a shift to more downtown office construction could start within the next two years as less land is available for suburban office projects and those under construction or planned are leased.

“What you’re seeing is the suburbs kind of naturally fill up first. That’s what’s happening in San Diego right now,” Urie said. “Most of the new product is either being leased or it’s under negotiation.”

JLL, in its fourth quarter 2019 report, said that demand for Class A office space was especially strong in UTC, Eastgate and Del Mar submarkets, with nearly 90 percent of new projects preleased.

Yet the commercial real estate brokerage Cushman & Wakefield in its fourth quarter report for 2019 said that more than half of the 867,000 square feet of office space under construction at the end of 2019 was downtown.

For the office market overall, including downtown and the suburbs, Cushman & Wakefield reported that “active tenant requirements of all sizes remain robust at 4.8 million square feet over the next 24 months.”

The firm reported that “continued economic and job growth in combination with increasing tenant demand should provide continued occupancy and rent growth throughout 2020.”

Biggest Office Deal of the Decade

Even though downtown trailed the suburbs when it came to new construction over the past decade, the biggest office deal of the decade was the $207 million sale in 2017 of DiamondView East Village that DivcoWest bought from Cruzan, according to CommercialCafe.

The $661 per square foot price of Diamond View was more than double the average in the San Diego metro market.

The largest new building of the decade was in the suburbs, the 415,000 square-foot Tower II of La Jolla Commons now owned by American Assets Trust.

Strong demand over the decade drove office rents up by about 19 percent, CommercialCafe reported, going from an average of $241 a square foot in 2010 to $287 per square foot at the end of the decade.

“While it wasn’t all up and to the right, it was largely a good decade to be in real estate, even it was preceded by a not-so-great period,” CommercialCafe reported.

Not surprisingly, New York City had the 10 largest commercial real estate transactions of the decade, the largest sales volume of the decade and ended the year with the highest price per square foot.

Los Angeles was a distant second at $432 a square foot and the Santa Clara County city of Cupertino had the second largest new project of the decade — Apple’s 2.9 million square-foot Apple Park completed in 2018 on a 150-acre site.

The biggest in the nation was the 3.1 million square-foot One World Trade Center in New York.