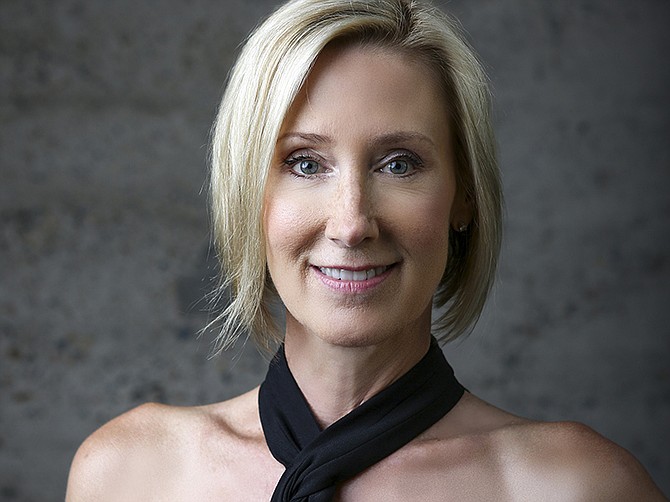 Terryl Gavre has been working in the restaurant business since the age of 15 and has become one of the better-known restaurateurs in Southern California. A native of Seattle, she initially got started in hospitality through a business which she started in her early 20s called “The Surrogate Wife,” a service in which she cooked, baked, grocery shopped and handled other domestic errands and duties for many of Seattle’s top professional athletes and television personalities. Gavre and her elite list of celebrity-bachelor clients attracted national media attention and she was able to integrate the compelling nature of their job into a made-for-television movie titled “This Wife for Hire.”

In 1992, Gavre used the revenue from the Hollywood production to move to San Diego and open her first restaurant, Cafe 222, which became the foundation for future dining ventures. In addition to Cafe 222, she partnered with famed chef Carl Schroeder opening BANKERS HILL BAR + Restaurant in 2010. Her restaurants have received widespread acclaim by the Food Network, Gourmet Magazine, USA Today and many other national outlets. Gavre writes often for her blog, “Bread and Butter is My Jam.”

Which is more creative, your cooking side or your writing side?

I think my writing side is probably more creative, but sometimes that creativity can get curbed by guidelines and editing that comes from writing for a magazine. You don’t have the same freedom that you have with blogging. I have a funny little novella that I’ve been working on that also helps me use some of my creative juices.

Cooking is creative, but when you’re cooking for a restaurant and customers, you also have to follow the demand of your audience. There’s a little bit editing that comes along with that, too, so you can sell what you’re cooking. There are some really great dishes that just don’t sell.

I like to mix it up and continue writing and creating new recipes for Cafe 222. Both keep me on my creative toes.

Your Cafe 222 has been around more than two decades. It seems almost story book; were there any harsh realities of restaurant ownership that you had to deal with during those years?

Actually, Cafe 222 has been open 28 years (OMG) and although things seem “storybook,” it has been a long, hard-fought battle. In the beginning, there were very few people living downtown; mostly artists and musicians. In the early years the cafe was open for breakfast, lunch and dinner. I did all the cooking; it made for a long day. The harsh reality was this: “OK... I used all my savings and took out a loan in which my parents and grandparents used their houses for collateral to open this place, it has to work.” I lived in one of the little 200-square-foot apartments in the building my restaurant is in and pretty much had no personal life for quite a few years. The restaurant was open seven days and nights a week. Since I was doing all of the cooking, there was no time for traveling, no “wellness days” or any other off time. I was driven to put my head down and do the work every day until I made enough money to hire some more cooks. It was a slow process. The reality of owning a restaurant is that there is no easy way to do it and there are no shortcuts; you either work long and hard, or you won’t make it.

You own a restaurant in partnership with San Diego chef Carl Schroeder. How did you approach the partnership? Did you each have clearly defined roles going into it, or did you wait to see where your talents gravitated to?

When Carl wanted to open his own restaurant, he needed a front-of-house person. He knew me and respected my experience and work ethic, and I was a fan of his from days at Arterra. It was a no-brainer when the idea to work together came up. There are absolutely defined roles; he is responsible for everything “behind the line” (the line on the floor that separates the kitchen from the front of the house), and I am responsible for everything on the other side of the line. We both respect the other’s decisions and we admire each other’s work. Our philosophies and our idea of what makes a great restaurant is the same. And we know that we need (in) each other, which makes for an easy partnership. In my opinion, he is hands down one of the best chefs in the country. While it’s hard work, it’s also exciting and a learning experience to work with him. On top of it all, we’re also great friends which makes it fun.

As far as staffing goes, is it necessary to create a complete team effort?

I wish people knew what a “concert” it is to have a great dinner out. There is an early morning person who inspects and accepts product; they also clean, chop and prepare components of each of the dishes. There are prep cooks who come in and make other basic components of the dish, like stocks and garnishes; they’ll also roast vegetables and make dressings. Then the chefs come in and bring all those components together and set everything up to be cooked when ordered. There is a host or hostess who needs to greet guests, recognize regulars and are aware of the particulars — if the Smiths like to sit at 43, they sit at table 43. The servers are there to guide our guests through their dining experience. They must be knowledgeable, friendly and happy to “serve.” If one person fails to do their job, or if there is one misstep, then the guest will feel it and the whole chain is broken. We continually talk about being a team and reinforce that team effort; we all call ourselves team members.

You have an eye for design; what type of restaurant would be the best showcase for your aesthetics?

I like a lot of styles of design. I particularly love buildings and furniture of the mid-century style. I appreciate any restaurant where they put a lot of thought into it, the design and atmosphere, and where I know they also considered the functionality aspect. A bit less is more in my book; knowing when to stop is important.

Eating out has become much more common than in decades past. This has opened the door for many budding entrepreneurs to open eateries often based on family recipes. Are you excited about those dining opportunities?

I love that there are a lot more ethnic restaurants these days and that chefs are using recipes passed down from their parents and grandparents. When I opened Cafe 222, which is named for my great-grandmother’s address, I definitely used recipes that were hers, my mom’s and grandma’s. Why wouldn’t we? They are proven.