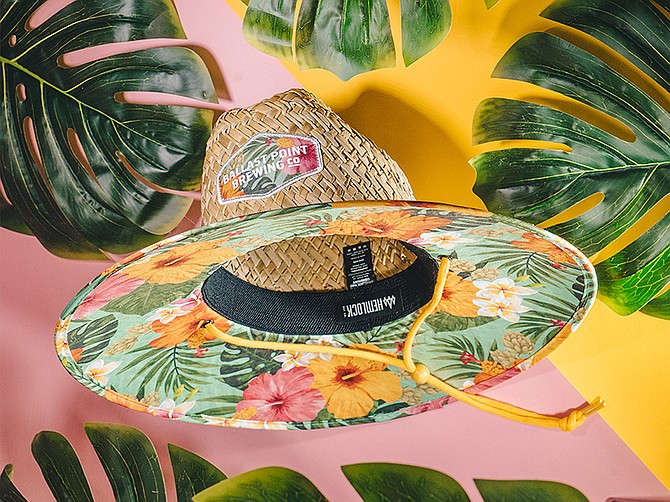 Five years ago, while walking to Windansea Beach in La Jolla, Anthony Lora saw a guy walk past him wearing a beat-up straw hat with a solid black fabric underneath the brim. That’s when he knew: his calling was to make lifeguard hats more fashionable and further explore the headwear space.

In 2016, Lora took $75,000 from personal savings from working as an account manager for a sports supplement distributor and launched Hemlock Hat Co. (named after the Hemlock tree, since it also provides shade), a company that makes straw sun hats with unique inner cloth designs like flags, floral, shapes and tropical styles.

Hemlock hats are now available in over 1,600 retailers locally and nationally including Tillys, Scheels All Sports, Sun Diego Boardshop, Hansen Surfboards, Surf Ride Boardshop, SeaWorld Corp and Palmetto Moon, among others. In 2019, Hemlock, headquartered in Vista and with 12 employees, grew its revenue by more than 130%, according to Lora, who forecasts that number will increase by more than 80% in 2020.

“I began working on my first collection and at the age of 24, we shipped our first order out of my garage,” said 28-year-old Lora, adding that Hemlock is now in a 20,000 square foot office and warehouse. “I didn’t invent the lifeguard hat or the concept of putting fabric under the brim, but I knew I wanted to make it better and felt there was more opportunity in the headwear space. Due to the hats’ brim size and nature, I also knew there was a lot of creative opportunity to feature beautiful textiles and designs.”

Lora’s vision didn’t end there. In addition to creating fun designs and a cool brand, he saw an opportunity to create a merchandising solution for the product, he said. Now, a majority of its retailers use Hemlock Hat Co.’s free-standing tower to merchandise between 36 and 120 units, Lora said.

Additionally, while taking a basic straw hat and making it fashionable was at the core of the business model, making it functional was at the forefront of that mission, he said; while Hemlock’s core line of straw hats are made with a UPF 50+ under-the-brim liner, the company is continuously working on initiatives to promote the importance of sun safety and protection at any age.

Hemlock Hat Co. sources materials from China, where manufacturing also takes place, and design takes place in California, said Lora. The company ships and fulfills all orders in-house to over 1,600 store locations throughout the United States as well as completing orders from its e-commerce site. Its factory can produce about 20,000 to 30,000 units a month, depending on the season, Lora said. Hemlock is currently on track to sell about 20,000 units a months and, in peak seasons, can sell upward of 30,000 and 40,000 units per month between wholesale and e-commerce, he said.

In terms of competition, Lora said anyone else selling straw lifeguard hats, including bigwigs like Rip Curl, and Billabong, is considered a competitor. There are also smaller companies that have come into the space recently, he said, but that has actually helped the Hemlock Hat Co. business grow.

“…(It) validate(s) the category even further,” he said, “making the lifeguard hat a go-to accessory for days in the sun.”

Opponents aside, Lora said Hemlock Hat Co. remains successful because of its unique designs, innovation and quality of its products.

“Natural straw can be a delicate material,” he said, “we take pride in the quality of our lifeguard hat and have an extensive (quality control) process. We also take pride in the way we handle and treat our customers, employees and people who support the brand.”

Lora said he also owes a lot of Hemlock Hat Co.’s growth to its territory reps and retailers, who have supported the brand from the beginning, as well as its in-house team that has put its customers and stores at the forefront of the business. “Those same beliefs and practices have helped us grow the way we have,” he said.

In the near future, Lora said he hopes to expand Hemlock Hat Co. to more national retailers and introduce new SKUs (stock keeping units) to the headwear category, along with some strategic licensing deals and brand collaborations.