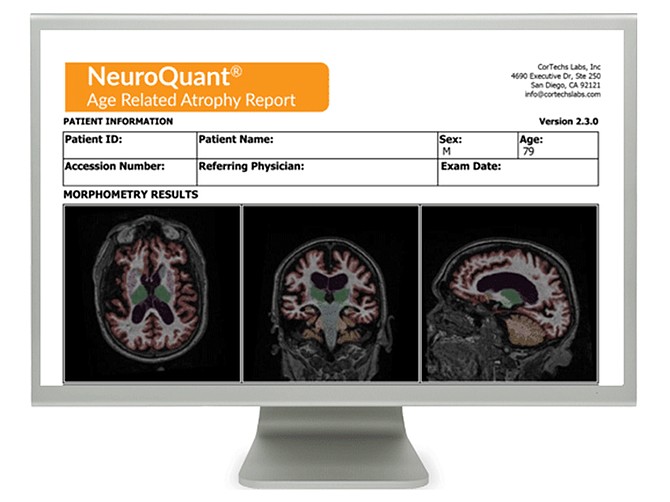 Prior to receiving the equity funding, the company was primarily funded by Small Business Innovation Research (SBIR) grants. In total, the company said it has received up to $6 million in funding, which fueled the original development.

Artificial Intelligence (AI) in healthcare has been happening for a long time, however the technology is finally starting to be implemented and successfully applied in medicine.

To date, there are close to 1,000 centers around the world that are utilizing its software and it has been used to analyze more than 500,000 brain scans. In addition, the company has operations in 35 countries, with employees located in three countries and distributor networks around the world.

About 50% of people are presented with a mild cognitive impairment. In turn, about half of those patients have or is in the process for developing Alzheimer’s disease, according to the company.

Airriess said Dementia can be difficult thing to track, for example, a patient could either be diagnosed with Lewy body dementia, Frontotemporal dementia, Vascular dementia — all of these have different patterns degeneration of nerve brain tissue.

Cortechs Labs’s competitive advantage is that it provides physicians the ability to track patients over time. For example, if a patient’s identification is already in the system, NeuroQuant will pull prior data to perform ongoing multi-time point evaluations to assess brain structure volume changes over time.

At this time, Airriess did not disclose annual revenue numbers but he said the number lies in the millions and is growing.

The company said, its year-over-year growth from 2018 was roughly over 20 percent. In addition, it’s working on bring additional products into the pipeline to widen its customer base. Airriess said they are also seeing significant growth in the global market and distribution over the past year.