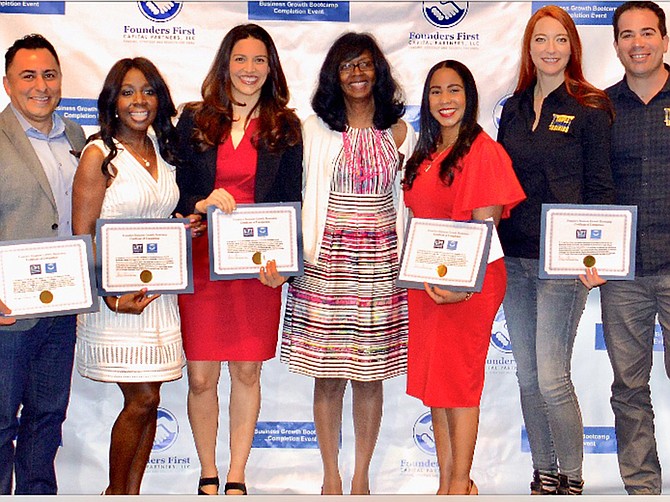 Founders First Capital Partners which runs a $100 million fund investing in revenue generating small businesses led by underrepresented founders has launched its Racial and Social Economic Equality Initiative to address disparities in revenue and job growth among these businesses.

The initiative comes amid a global pandemic that has disproportionately affected minority-owned businesses and as social unrest over systemic racism grips America.

“The recent protests have put a spotlight on chronic cancer of injustices and inequalities that have plagued this country for over 401 years,” said Kim Folsom, founder and CEO of Founders First Capital Partners. “We are addressing the huge economic, social, and racial gaps in urban communities with the launch of this new initiative that allows us to fund, grow, and build wealth in communities that are underserved, undercapitalized, under-resourced, and most devastated by the recent global pandemic.”

“African American businesses are much more grossly impacted by the coronavirus because of the whole wealth and resource gap. When you compare wealth in this country, African Americans against everybody else is 10 to 1,” said Folsom. “A number of minority businesses don’t have several months’ worth of cash reserves which is necessary to weather a storm, especially, in a situation like COVID-19 where businesses were shut down for over 90 days, businesses don’t just get hurt, it’s death.”

Entrepreneurs can receive a loan of up to $1 million, and pay a fixed percentage of their company’s revenue up to a predetermined cap.

Recent reports show that underrepresented founders are launching companies at a rate three to five times higher compared to that of businesses started by young, white males, yet are severely lagging behind as it relates to revenue growth and livable wage job creation.

The funding landscape for minority-owned businesses has historically been far from equitable. Roughly 1% of venture-backed founders are black, receiving less than 2% of growth capital and less than 20% of debt capital.

Many black-owned businesses were struggling before the crisis hit, too. According to a Federal Reserve survey, 21% of non-Hispanic black and African-American businesses were financially “distressed” at the end of 2019, based on metrics like earnings, profitability, and credit, versus just 5% of white-owned businesses. And as of 2019, most businesses in majority black and Hispanic neighborhoods had less than 14 days of a cash buffer.

In response to businesses struggling to survive the current economic downtown, besides providing access to capital, the Founders First team is helping founders pivot their business models, reimagine business strategies, and help clean up their books so they can take advantage of emergency funding.

For larger companies, the firm helps with securing relationships with strategic partners as well as providing the framework on how to create an essential business. Folsom said, the businesses that they serve are largely service-based, and lack some sort of collateral or prestigious credit history.

“They are not “top on the list” for many banks and venture capitalists because they won’t have this major hockey stick type of growth,” she said. However, the firm has proved that with the right support, companies have demonstrated on average over 25% growth year-over-year.

Linda Amaro of Klarinet Solutions, a minority-owned company based in San Diego, said through working Founders First Capital Partners during the pandemic, she was able to secure Paycheck Protection Program (PPP) loans from the Small Business Administration (SBA) and is currently in due diligence with several investment partners.

“When the COVID-19 and stay-at-home orders hit, we had to move very quickly,” said Armaro. As we were developing our plan, we used Kim and Founders First as a sounding board. They were able to poke holes and show us what things would’t be as effective as well as help us apply for grants that were available for businesses impacted by the coronavirus. We received a total of $150,000 which is pretty significant, especially during this challenging time.”

Folsom said companies from their programs have experienced significant outcomes such as improvements in their revenue model, business financial health as well as connections to growing partners.

Other local businesses which saw success during the pandemic include Swann School of Protocol, founded by Elaine Swann and San Diego Code School founded by Mike Roberts.

To date, Founders First Capital Partners has helped more than 300 companies grow revenues in excess of $130 million. In addition, companies that have graduated from its programs have raised over $20 million in capital.

Last year, the firm secured a $100 million credit facility to use to make 500 investments over the next five years. The company also received a portion of the Consumer Technology Association’s (CTA) $10 million fund.

Folsom founded Founders First Capital Partners five years ago. She formerly worked as a tech executive and entrepreneur, best known for launching seven businesses and generating tens of millions of dollars in revenue.

Former companies include showUhow (acquired by Sellpoints), DriveCam (now Lytx), and Seminarsource. In total, she raised over $30 million in venture financing and created over 500 premium wage jobs.

Looking forward, Founders First Capital Partners’s goal is to have a multi-billion dollar impact by helping 1,000 companies create 20 to 50 jobs. The company plans to expand to Chicago and Miami in the upcoming year and has offices in San Diego, Dallas and Austin, Texas.

“If they can get the right type of support these businesses can grow three to five times and add anywhere from five to 20 jobs into the community. Which is huge,” Folsom said, adding. “We need to take action today and have outcomes that are going to help improve economic justice for a wider group of people. When we do that, everyone wins.”

Financial institutions, business organizations, and underrepresented business owners are encouraged by Folsom to reach out to Founders First Capital Partners for collaboration opportunities.