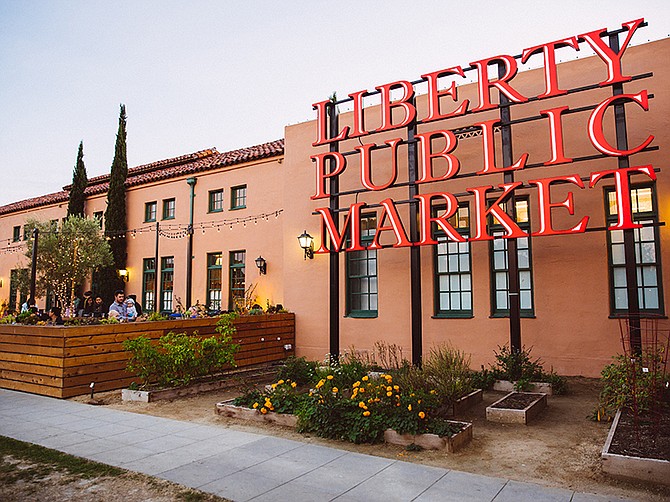 According to experts, close to a third of independent food and beverage places won’t reopen post-COVID-19.

The reason for this is simple, as per a report by Cushman and Wakefield, a global commercial real estate service firm: the traditional operational model of the mom-and-pop restaurant is fundamentally challenged. This is partially because of low profit margins, with food and labor costs typically accounting for just over 60% of operating expenses. And to further complicate things, roughly 90% of restaurants are small businesses that may lack proper reserves.

In response to that assessment, though, those same experts offer a potential solution – a glimmer of hope.

The data-backed belief is that the already trending food halls – similar to traditional mall-based food courts but stand-alone and mostly housing small, locally-developed restaurant concepts – might not just be well positioned to survive immediate challenges posed by the pandemic, but to serve as a platform to relaunch many restaurant businesses that will shutter as a result.

“What we’ve seen happen through the pandemic is the flaws of the restaurant models were exposed,” said Trip Schneck, executive managing director of Cushman and Wakefield’s Specialty F&B, Entertainment and Hospitality department, which released “The Food Hall Model: Independent F&B’s Pathway to Post-COVID-19 Profitability” report earlier this month. “The biggest one being this is not a well-capitalized industry, especially on the independent restaurant side. There are no reserves and they can’t go two, three, four months without serving customers. As a result, because of the talent that will be available and developers still needing food and beverage offerings, now maybe even more than before, food halls might carry the way. The idea of percentage rent, more significant landlord contributions and deal structures of food halls will allow chefs to get back to work and rebuild.”

David Spatafore, principal and managing partner at Blue Bridge Hospitality, which manages and operates the Liberty Public Market at Liberty Station in Point Loma, said on June 1, he asked his 32 vendors to reopen. Out of the 32, a handful have opted to remain closed and some are considering permanently closing altogether.

He said, while he is working with those tenants through their independent circumstances, he isn’t very concerned with vacancy. In fact, he already has potential future tenants lined up to rent those locations.

“We are working with those individual tenants and I understand the reality of what this means,” said Spatafore. “If they can pull through this, that would be fantastic as I am trying to position the market for the long term. But, if we have a 5% to 10% failure rate as part of this, I will work to get places filled with other tenants. There will be no long-term vacancies at Liberty Public Market – I will tell you that.”

Spatafore said Blue Bridge manages over $20 million in revenue at Liberty Public Market, which typically has roughly between 150-200 employees. He said the location is conducting about 25% of its usual business since reopening, with that number increasing daily. Spatafore added that he can definitely see how food halls, which were already one of, if not the fastest growing trend in food and beverage, can help the industry reboot once the coronavirus crisis is a thing of the past.

“There is definitely a difference on the cost of operating a stand-alone restaurant vs. being a vendor in a food hall,” he said. “I like to compare it to the difference between owning a single-family home and a condo. In a condo, there are lots of luxury amenities, like pools and gyms and this and that. In a single-family home, you have to pay for those luxuries on your own, and that can bury you.”

Mike DiNorscia, CEO of Grain & Grit Collective, which manages and operates the Little Italy Food Hall, said out of his eight vendors, only one has opened. And, although he originally forecasted the food hall would have a revenue of $15 million in 2020, he is predicting that would be more so 50% to 75% of the total sales volume by the end of the year.

And, while he does believe food halls can be a good option for businesses that will be forced to close because of the pandemic, he is a bit more skeptical to generalize.

“A lot of it has to do with location and the food hall model,” he said. “Some are 20,000 square feet and others are just 5,000 square feet. Some are operating all the food themselves and some are renting out the spaces. Some have partnered with landlords and some have master leases. I think it all depends, is the answer. But, specific to San Diego, we are in a good position. I believe we will be stronger when we come out of this.”

Lily Jan, lecturer of Food and Beverage Management at the School of Hotel Administration at Cornell SC Johnson College of Business, said the success of an operator in a food hall is a confluence of a variety of factors, some within the control of the operators and some not. There are a number of built-in benefits for vendors, like having a food hall operator assume the costs of build outs and being a part of a food hall’s marketing efforts. However, reaping the benefits can depend on a good deal for the vendor, the food hall operators and the agreement between the parties.

“Ultimately, the benefits of having the operational support of a food hall may be helpful for some, but definitely not for all,” she said. “Depending on the concept and contract terms, some small operators may find great success in food halls but it is not a guarantee.”

What will be more interesting to see is how food halls will adapt to social distancing and local health code guidelines, said Jan, as part of the appeal is to go out with friends and choose from a variety of menus at once. Many regions are requiring a reduction in dine-in guests and this will have an impact on the number of customers available to the vendors in the food halls.

Because food halls are a fast casual, counter service business model, DiNorscia believes this will actually fare well for them in the time of physical distancing and limited dine-in.

Schneck, from Cushman and Wakefield, agrees.

He said, similar to after the 9/11 terrorist attacks and after the financial crisis of 2008, trading down to quick serve and fast casual usually happens. Because food halls already follow this model, they are already poised to do better.

“To build your own brick and mortar, typically for a full-service restaurant runs from $1 million to $3 million,” he said. “And typically, the food hall entry point is less than $50,000. You certainly don’t need the labor model necessary to operate a full-service restaurant because a lot of the services are shared amongst the tenants of the food hall, like marketing, cleaning and programming.”

Schneck adds that a full-service restaurant may easily need 30-75 full time equivalents, where as a food hall operator might need three, maybe four FTEs. This is why a lot of food halls were able to weather the COVID-19 storm and pivot to ghost kitchens with relative ease, he said. They didn’t have the staff of most full-service establishments and maybe all that was needed was to scale back from four to two FTEs during the crisis.

, general manager of the Windmill Food Hall in Carlsbad, said after completely closing in mid-March, all 13 vendors reopened on June 1. She said she can see how food halls would be more attractive for those that may lose their businesses to the virus. Forrest said a lot of the Windmill tenants are, in fact, first time business owners that sold at farmer’s market or had a small catering company prior. So, basically, people with limited funding and/or smaller budgets to grow their operations, she said.

“The food hall model offers an opportunity for anyone at any stage of business to enter or re-enter the food and beverage industry,” she said. “We offer lower rent and there is less overhead because spaces are so much smaller. Also, coming out of something like the coronavirus crisis, it would make sense to be in an open space, where you can go outside to get air and spread out. We have a large outdoor patio and that is a huge benefit when you have to stay socially distant.”

To Forrest’s point, Cushman and Wakefield’s Schneck said an important component to consider as it pertains to food halls during this time is the actual, physical space.

“I think it’s important to note these things are highly adaptable, not fixed configurations like most restaurants,” he said. “And, because 70% of the food hall spaces are originally designed as communal seating, they usually have a lot of outdoor seating or rooftops. It makes it a lot easier to set up and follow social distancing guidelines when you have that type of adaptability to play with.”