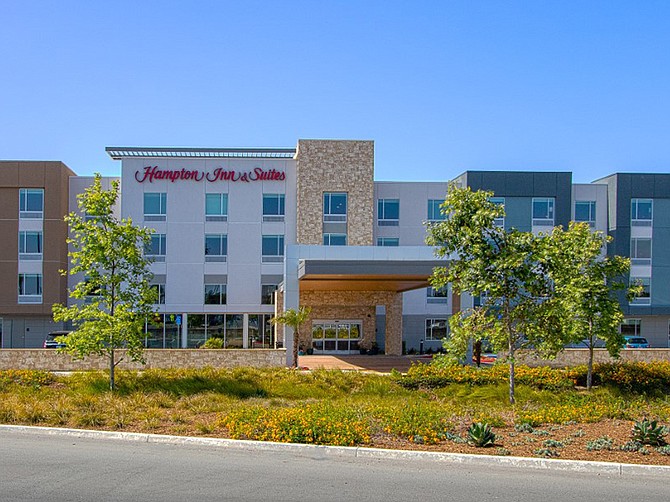 Sudberry Properties has completed a 100-room Imperial Beach hotel that city officials hope will draw more investment to the city.

“It’s a big deal for Imperial Beach and a big asset,” Dedina said. “For a low revenue city like Imperial Beach with a dearth of hotel projects, it’s critical to attract investment that helps us with our TOT (tourist occupancy tax) that we can invest back into the community.”

With a “beach modern” design, the four-story hotel location is at a gateway to Imperial Beach, Dedina said.

Coming in the middle of the COVID-19 pandemic, the hotel’s opening could have been better, Colton Sudberry said.

“The timing isn’t stellar,” Sudberry said. “It’s certainly not something we were planning to do.”

Nevertheless, Dedina said there is market for the new hotel, even during a pandemic.

Once the pandemic ends, the hotel will likely draw guests from the nearby Navy Base Coronado Campus that is under construction in addition to tourists, Dedina said.

Nightly room rates range roughly from $100 to $200 a night, depending on the season, Sudberry said.

This is Sudberry’s first hotel and Colton Sudberry said his company is planning to build a hotel in Mission Valley and a hotel in Scripps Ranch.

The timing on construction of those hotels will depend on how quickly the hotel industry recovers from the pandemic, Sudberry said.

“I think the hotel market will definitely recover but I think it will be some time before there’s justification to build new products,” Sudberry said. “We’ll have to look at the metrics as we go along.”

Working with Sudberry Properties on development of the Imperial Beach hotel were architect Joseph Wong of JWDA of San Diego, Design Cell Architecture headquartered in Las Vegas and Watkins Landmark Construction of Carlsbad.

Originally planned as a redevelopment project, construction of the center was delayed when redevelopment agencies were abolished throughout California in 2011.