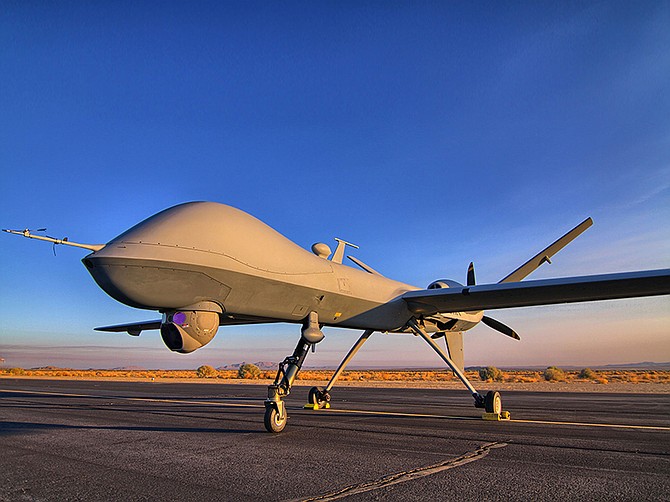 The following are selected defense contracts awarded to San Diego County companies in June and July. They have been announced by the U.S. Department of Defense or the contractor itself.

The prototype project is to establish a Directed Energy testbed to accelerate military development capability in the focus areas of High Energy Laser (HEL) and/or High Power Microwave (HPM) systems. The Army and Kratos plan to explore the systems’ potential for air and missile defense, with a concentration on countering unmanned aerial systems using HEL and/or HPM on ground-based and airborne platforms.

Also under the deal, Kratos will perform research and experimentation related to directed energy test infrastructure and methodologies to improve the efficiency and accuracy of directed energy test programs. The project improves the ability to deploy HEL and HPM systems by providing test beds for evaluation of HEL and HPM systems with reduced size, weight and power. Work under the deal is anticipated to be performed at Kratos facilities and at government locations in Huntsville, Alabama.

“This recent award is another important milestone in our commitment to continue providing superior advanced technology solutions that is in keeping with our long term strategic goals supporting the U.S. Army in advancing and developing improved directed energy technologies. We are very pleased the U.S. Army has chosen Kratos to serve in this capacity,” said Dave Carter, president of the Kratos Defense & Rocket Support Services Division.

Shares of Kratos Defense trade on the Nasdaq under the symbol KTOS.

Work under the awards will be performed at secure Kratos manufacturing and production facilities. The majority of the work under these contract awards will be completed over the next 24 months. Kratos declined to name its customers, saying only the programs were related to U.S. national security.

“These recent contract awards to support critical national security related systems and programs are representative of the confidence of Kratos’ customers in our ability to meet their mission critical needs and requirements, on schedule and on budget,” said Tom Mills, president of Kratos’ C5ISR business, in a statement distributed by the contractor. “Our entire organization is proud to support the Department of Defense, other customers, government agencies and the war fighter in the execution of their mission.”

Eric DeMarco, President and CEO of Kratos Defense, said, “We believe that these recent contract awards are representative of Kratos’ positioning as a disruptive leading technology systems, products and intellectual property company, including our focus on unmanned jet drones, space and satellite communications, microwave electronics, next generation jet engines for tactical systems, missile defense and hypersonic vehicles. At Kratos, affordability is a technology, and we are executing on our plan to be an alternative provider to our DoD and national security customer base in our key focus areas.”

The U.S. Marine Corps is getting its first unmanned Reaper aircraft from General Atomics Aeronautical Systems Inc. Previously, GA-ASI owned and operated the aircraft fielded by the Marines.

The Marines are in the market for a large unmanned aircraft that it plans to use for intelligence, surveillance and reconnaissance as well as persistent strike missions.

Work will be performed in Yuma, Arizona and various locations outside the continental United States and is expected to be complete by December. There was no competitive bidding, as the government determined no other vendor could provide the service. The Naval Air Systems Command of Patuxent River, Maryland awarded the contract on June 19.

In other news, GA-ASI said that the Japanese coast guard will be evaluating a similar unmanned aircraft called SeaGuardian for wide-area ocean surveillance.