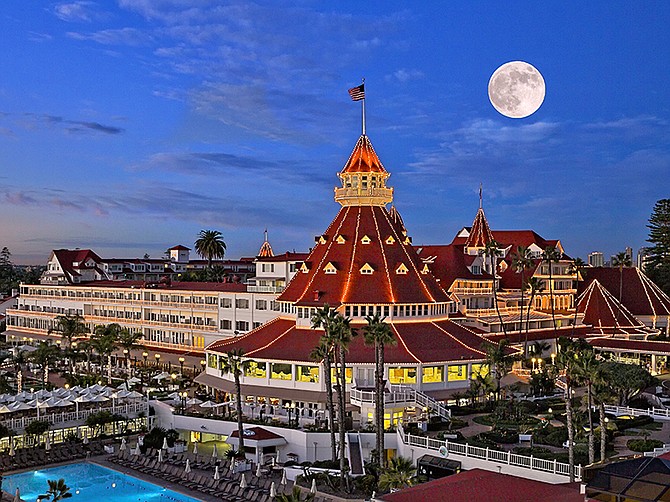 For the first time in its 132-year history, Hotel Del Coronado temporarily suspended operations on March 26 due to COVID-19.

On June 26, three months later, it partially reopened. All 268 guest rooms in the Beach Village sector and 190 rooms in the Victorian Building are now open to the public.

But Hotel del Coronado, owned by The Blackstone Group, didn’t wait out the closure in vain.

The iconic property took the down time to speed up a number of renovations as part of its $400 million Master Plan. The multi-year redevelopment and expansion project began in 2019 and is slated to wrap up, for the most part, later this year, according to Harold Rapoza Jr., general manager.

This includes some key elements of the overall overhaul, said Rapoza Jr., like the main lobby – an important piece of the main entrance’s uplift and one of the more exciting parts of the transformation, he said.

“During this time, we focused on keeping this national historic landmark safe and in good condition for when we could reopen,” said Rapoza Jr. “We were able to move up renovation plans for the fitness center, retail shops, Ocean Towers guestrooms and the main lobby. We were (also) able to continue work on The Cabanas, a new area of the resort that will debut later this summer, along with the main pool, several dining outlets and Spa & Salon.”

Del Beach is also open and the Beach Village pool is available for Beach Village guests only, said Rapoza Jr., although the main pool will remain closed until roughly July 19.

Now, the majority of the property’s improvements will be completed by the end of 2021, as originally planned, said Rapoza Jr., with additional enhancements and renovations continuing through early 2022.

Although he anticipated a down year because of the ongoing renovation projects, Rapoza Jr. said Hotel del Coronado has seen “strong, organic demand for the summer” since reopening. He said the hotel sold out its available guest rooms over reopening weekend and again sold out over the July 4 weekend. He also said while leisure travel isn’t picking up quite yet for later in the year, a majority of its group business has been rebooked for 2021.

Aside from reduced occupancy and modified amenities, Rapoza Jr. said Hotel del Coronado is requiring all team members and guests wear face coverings in public areas to comply with state and local guidelines. Also, as part of the Curio Collection by Hilton, which has teamed up with Lysol for its “Hilton CleanStay with Lysol protection” program, Hotel del Coronado is implementing a number of additional measures, like guest-accessible disinfecting wipes and hand sanitizers at entrances and high traffic areas; reduced paper amenities in rooms; and contactless check-in and check-out with Digital Key through the Hilton Honors app.