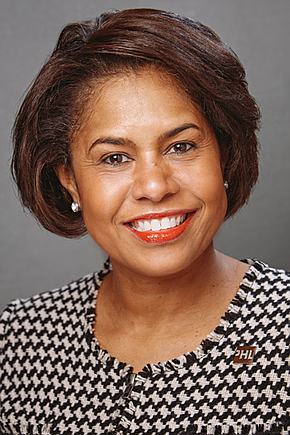 Coker, currently serving as president and CEO of the Philadelphia Convention and Visitors Bureau, will succeed Joe Terzi, who announced his retirement in 2019 after 10 years in his role with SDTA.

In her new role, Coker will “direct the management and strategic development of the organization to ensure effective sales, marketing and promotion of the region for the economic benefit of the San Diego community,” according to SDTA.

“We are excited to welcome Julie, a recognized leader in the tourism sector with an extensive background in hospitality and CVB management,” said Daniel Kuperschmid, SDTA board chair. “Julie brings skill and expertise along with a fresh perspective and passion for the destination that will serve the SDTA well to build on its previous successes and guide the organization into the future.”

Coker has more than 30 years of experience in the hospitality industry, including 21 years with Hyatt hotels. She currently serves as an executive committee board member of Destinations International and The Chamber of Commerce for Greater Philadelphia. She is also on the executive committee for U.S. Travel Association, the release states.

Terzi will continue to work on the “Yes for a Better San Diego!” Campaign to help expand the San Diego Convention Center and on Balboa Park initiatives, according to the news release.