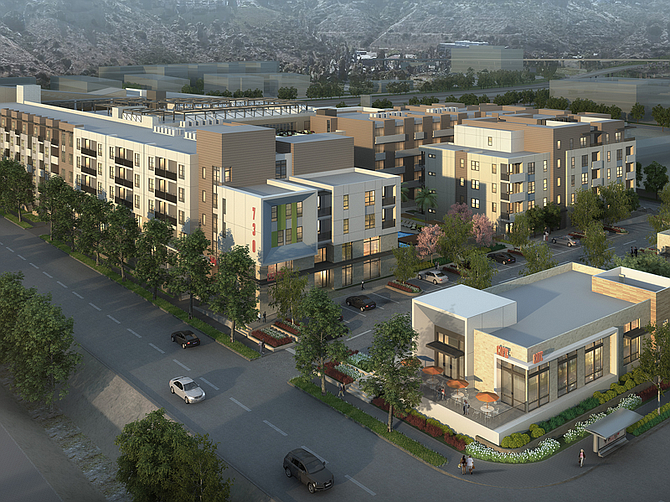 Slow and steady was the 2019 market for apartment property in San Diego County with predictions that the market will be about the same in 2020.

“Investors like owning property in San Diego because the apartments stay full and rents go up,” Neil said. “So long as we have a stable interest rate environment, I see 2020 as more of the same — low transaction volume, continuing appreciation in rents and apartment values.”

Rachel Parsons, a director of Moran & Co., said apartment sales have been moderate over the past two years in part because the market is so desirable.

“The last couple of years, volume has been light due to a concentration of ownership. Everyone loves San Diego and their assets have been performing so well, it hasn’t given them any motivation to sell. Everyone wants to own more,” Parsons said. “The overriding theme is everyone wants to be here and there’s limited opportunity for them to be here, which is why our pricing remains competitive.”

Parsons said the total paid in 2019 in San Diego for apartment complexes of 100 units or more was nearly $1.2 billion.

The vacancy rate for apartments stayed about the same, rising slightly from 4.5% in 2018 to 4.7% in 2019 but construction of new apartment projects was down, Kidder Mathews reported.

Parsons said she expects to see an upswing in apartment construction in 2020 with rents continuing to rise.

“San Diego as a whole has a very diversified and solid economy and we had some strong employment growth last year. As a result, we’re going to have solid rental growth,” Parsons said.

Much of the recent apartment development has been downtown — primary luxury apartment towers.

That’s likely to continue but Parsons said developers also are looking a little farther out.

“Everybody loves the suburbs. There’s a lot happening in Mission Valley as well,” Parsons said.

Although it’s still going through environmental review, Hines, for one, is planning a $2 billion redevelopment of the Riverwalk Golf Course that could ultimately include 4,300 apartments with a possible mix of some condominiums.

“I think we’ll see some new projects in Kearny Mesa and some of the other markets where they’ve updated their community plan to make development more friendly. As the city does that, we’ll see a spike in development,” Parsons said. “There are definitely some projects in the (state Route) 78 corridor and several down in Chula Vista.”