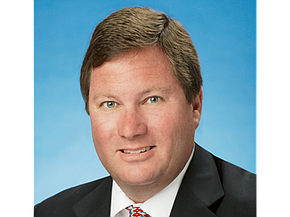 His company has served as master developer of the award-winning, 131-acre, $1billion + College Community Redevelopment Project at SDSU together with the SDSU Foundation.

What brought you to the student housing business?

…Toward the end of a 10+ year run as a real estate consultant, one of my consulting projects was to evaluate the potential to redevelop land surrounding San Diego State University. When a couple of very successful private developers were unable to get the project off the ground in the early 1990s, my former client (SDSU Foundation) turned to me, once again, for answers. My response was that I would quit my job and start a company, if SDSU Foundation would hire me to become the master developer of the College Community Redevelopment Project. The largest component of the redevelopment project (up to 3,100 units) was planned for student housing.

SDSU Foundation proceeded to engage me in 1995 to become their master developer, after which I formed The Pierce Co. (a predecessor to Pierce Education Properties) and that was my entre into student housing.

How competitive is the sector?

What are the top three things you look for in a student housing investment?

Our top three criteria for new student housing acquisitions are:

• Purpose-Built — The asset needs to be purpose-built. That means that is was designed and constructed to be student housing with a unit mix of predominantly 3-bedroom and 4-bedroom units that are leased by-the-bedroom (not by-the-unit) and are fully furnished units.

• Property Profile — The specific property should be between 400 and 1,000 beds in size, valued at $15 million or more (no upper limit) and located within a 15-minute commute (walk, bike or shuttle) to campus.

Is it difficult to find and retain talent?

Does your company do much marketing to students and/or their parents?

Marketing is an almost never-ending process, as leasing typically starts in September or October and continues through start of the fall semester the following August. Primary marketing efforts are focused on current residents (to renew their leases for the next year and to refer their friends) and other students. Today, web-based and social media marketing activities and expenditures dominate, but old fashioned “street teaming” and marketing events are still an important part of the mix. While parents play a role in some students housing selections, they are harder to access and usually the student is the primary decision maker.

Do you buy these properties expecting to hold on to them or are you looking to sell?

For acquisition of existing assets, there are two primary investment strategies. For stabilized (highly occupied) properties with contemporary finishes and improvements, the primary strategy is to purchase for long-term hold as an income generating asset. For properties with “Value-Add” opportunity for renovation/upgrade (unit interiors, furnishings, common areas, amenities), or operational improvements (occupancy, revenues enhancement, expense reduction), the strategy is often an intermediate hold of 3 to 5 years with a sale planned once the value-add business plan has been accomplished.

The expense of attending college is getting a lot of attention these days. Is student housing changing in anyway due to students’ budget considerations?

Purpose-built student housing has never appealed to a broader array of student incomes than it does today. The first generation of student housing delivered in the late 1990s through the 2000s was of limited inventory and catered to the highest income students. These were garden-style, highly-amenitized student apartments that were brand new. In the 2010s, the second generation of new construction has been more pedestrian to campus in mid-to-high-rise structures with smaller units and fewer amenities, but at substantially higher rents. By way of example, today many first generation properties rent in the range of $500 per bed per month, with second generation bed spaces are available at $1,000+ per month. As such, a budget conscious student can still live the purpose-built lifestyle with fantastic amenities, but would select a first generation property. Where bedrooms are large enough, double occupancy bedrooms are also being offered (and many are actually designed into new construction). Those “double-ups” (where two students share a bedroom) are typically offered at somewhere between 60% and 80% of single occupied bedroom rates. As such, even with the costs of college increasing at a rate well above inflation, the housing market has broadened and adapted where purpose-built student apartments today can accommodate a much larger percentage of the student body than they did just a decade ago.

As chairman of SDSU’s Fowler College of Business and a successful entrepreneur any quick thoughts on San Diego’s overall commercial real estate sectors?

San Diego has a robust “knowledge economy” filled with vibrant biotech, high-tech, health care and education industries. Those key sectors are buttressed by the military, tourism and retirement. That makes for a fantastically diverse economy. Our challenges remain being able to continue to graduate increasingly more college students to feed the knowledge economy and to deliver more housing affordable to middle income households.

The SDSU Mission Valley expansion at the SDCCU Stadium site is positioned to help fuel the economy for the next few decades and beyond as it delivers 4,600 new housing units and 1.6 million square feet in an SDSU campus expansion to be focused on business incubation, technology transfer and research space. That project is the right vision for San Diego’s future and will be a diversifier for Mission Valley.

We need our federal government to continue to fund sponsored research at our universities and our defense industry. State government needs to invest more, rather than less, in access to public higher education. We need local government to continue and expand policies to enable production of more housing supply for the growing workforce and to forge forth with a new San Diego Convention Center expansion that will allow our critical hospitality and tourism sectors to grow. We need elected officials who share those objectives.

What do you see in SDSU’s future?

SDSU has an incredibly bright future. It is well on its way to becoming a Top 50 public Research University and is already a Top 50 “Most Innovative Schools” (#45 U.S. News & World Report) and Top 50 Public Business School (#49 US News). The research designation is critically important. It reflects not only a high quality faculty and student body, but more sponsored research funds and Ph.D. programs that generate new discoveries and technologies. Those factors all combine to produce the educated workforce we need.

SDSU Mission Valley will allow the main campus on Montezuma Mesa to expand from 35,000 to 50,000 students. That would mean a 43% increase in access to SDSU. This region needs that and so does the state. Too often, applicants who don’t get admitted to SDSU enroll out of state in Arizona, Oregon, Washington, and Colorado.

SDSU has embraced the growing number of first generation college students who soon may represent the majority of the university’s undergraduates, where U.S. News has ranked SDSU #1 in the nation in serving students of varying economic, racial, ethnic and gender affiliations. First generation college students have unique needs in academic support and counseling that SDSU will find a way to fund. Importantly, converting first generation students to college graduates employed in the local economy will be nothing short of transformational for this region.

In the future, SDSU’s will continue to leverage and build its “centers of excellence” and cutting-edge academic programs in a variety of fields to serve the needs of students and employers.

SDSU is also doing exciting work in artificial intelligence and cybersecurity. The Lavin Entrepreneurship Center, Zahn Innovation Platform and The Corky McMillin Center for Real Estate are adding tremendous value to students interested in those areas.

Athletics has been and will continue to be a critical asset to SDSU, led by flagship revenue-generating sports in football and men’s basketball. The football team has been to 10 consecutive bowl games and the men’s basketball team to the NCAA Tournament in five of the last seven years. A new stadium for football (and other sports and activities) planned for opening in fall 2022 in Mission Valley should positively impact the trajectory of Aztec Football in the same manner that Viejas Arena did for basketball. Athletics is a huge window into the university for the community and point of connection for alumni. SDSU’s athletics success has been a major factor in increasing applications and the quality of students at SDSU. Athletic success, together with a growing academic profile, no doubt drove a capital campaign that recently raised $815 million to support SDSU — the next campaign is sure to target more than a billion dollars in additional donor funds.

It’s a great time to be an Aztec.