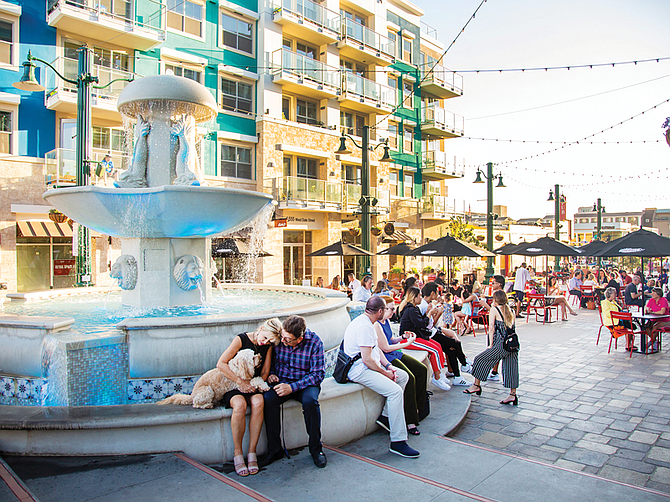 The largest Little Italy neighborhood in the U.S., spanning over 48 square blocks in downtown San Diego, Little Italy’s future developments include new additions and expansions, like: the Little Italy Food Hall, which opened in 2018 and is expected to add new food and beverage destinations this year; events like “Taste of Little Italy”, “Little Italy Summer Film Festival”, the “36th Annual Mission Federal ArtWalk” and the “Little Italy Tree Lighting”, which are expected to bring a collective thousands of visitors to the neighborhood, according to LIA.

In 2020, Little Italy will also see the addition of the Piazza Constanza, a new public piazza that honors Midge Constanza, a social and political activist who served as the first female assistant to President Jimmy Carter; the finalizing of the large and small Little Italy Dog Parks with upgrades; and new buildings, including Little Italy’s tallest tower located on India and W. Beech Streets and a 30-story tower and eight-story building of residential and senior units to be constructed between Beech and Cedar Streets on Kettner Boulevard.

Since Italian tuna fisherman originally built the neighborhood in the 1920s, San Diego’s Little Italy has seen a complete transformation, according to the Little Italy Association of San Diego. Today, Little Italy is known for its “charming European-style public squares, stunning Italian-inspired fountains, award-winning restaurants, mixed-use developments with housing, locally run businesses and shops, wineries and art galleries,” according to an LIA spokesperson, who credits the corporation, established in 1996 and with 48 employees, for preserving the rich Italian heritage and positioning the neighborhood as a top destination for locals and tourists alike. In fact, in late 2019, Little Italy was named the second top destination to visit in San Diego by Conde Nast Traveler magazine.

Formerly known as the Tuna Capital of the World, Little Italy housed more than 6,000 Italian families in the 1920s. After the decline of the tuna industry in the West Coast and the construction of Interstate 5, which destroyed approximately 35% of Little Italy, the neighborhood suffered nearly 30 years of decline, according to LIA, until the corporation was formed in the 1990s.

LIA’s board of directors consists of 28 people who represent Little Italy property owners, residents, businesses and community members at large, according to the corporation.