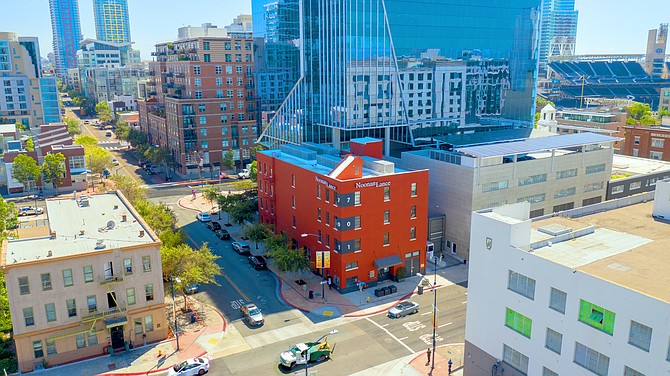 A downtown San Diego building that combines retail shops and office space has been sold for $7.4 million.

The four-story PacLofts at 701 Island Ave. was acquired by JCKL Partners from JS Western Retail Services.

"The building has the vintage charm of its 1920's origins with its original polished hardwood floors, its exposed-brick interior walls and its leaded-glass windows that swing open," Meyers said. "At the same time, it provides high function and practicality from its new roof, HVAC, elevator, ADA restrooms and fiber optic cabling. It's the best of the old and new, which is why our client bought it."