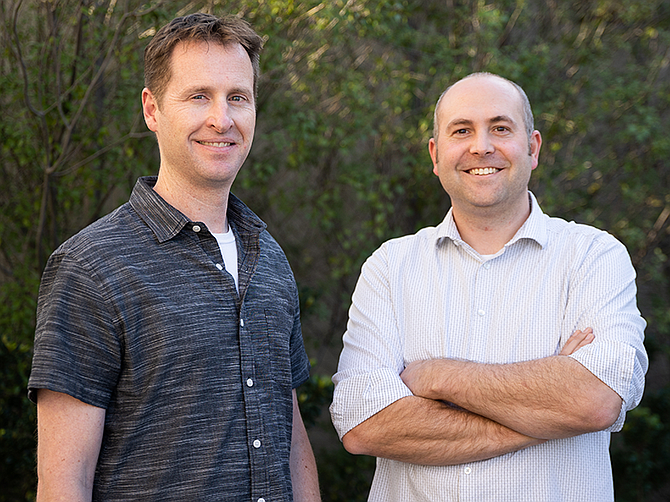 Launch Factory, a startup studio based in San Diego is seeking entrepreneurs to join its upcoming recruitment process.

Unlike traditional business incubators and accelerators, Launch Factory takes a sort of reverse engineering approach to the startup scene.

“We source and develop concepts for our future businesses, then recruit talented entrepreneurs to launch and grow these new startups,” according to Launch Factory’s website. “We provide a pathway to entrepreneurship for those with the ability and passion to build a successful company.”

Founded in 2019, local entrepreneur and investor Brad Chisum partnered up with James Hereford to introduce a first-of-its-kind studio in an attempt to maximize startup success and growth.

Chisum, best known locally as the former CEO of Lumedyne Technologies, which was acquired by Google for $85 million in 2014. Chisum worked for Google as a tech executive for two years before moving back to San Diego.

Applicants who are chosen, receive a cash flow positive headstart, unlike traditional business incubators, Launch Factory invests a total of $300,000. Typically $200,000 is designated to help grow the business, while the remaining amount is for the two founders’ salaries  —  $50,000 each.

In addition, Launch Factory provides its founders two years of incubation services including office space, mentorship, and processes that are geared toward addressing common causes of startup failure.

To date, the studio has successfully sourced two “founders” using this recruitment method. As a result, the leadership team chose two local scientists to head its inaugural startup incubation, called OmniSync. Currently, in its Alpha testing phase, the startup company is being managed by two scientists, Rupak Doshi and Norman Huang, out of UC San Diego.

Launch Factory’s OmniSync, aims to guide startups and small businesses through the pains of setting up and managing a company. OmniSync customers would utilize its software platform to act as a “virtual chief operations officer” for the early stage companies that are often more focused on ideas, science and products rather than the business operations.

“Finding the right co-founder, seems to be the most predictive criteria for which of the teams did well last year.” Doshi, CEO of OmniSync, said.

“One of the reasons I think Norman and I won the competition is because we had worked together in the past, we knew each other’s working styles and expectations.”

The founders said the entire interview process stretched them to their limits. They were both working full-time during the process.

The team said they faced obstacles early on, losing a team member due to misaligned expectations and commitments.

“I can’t emphasize enough to spend the time finding the right co-founder to work with, what you’ll come to realize is that, there’s a lot of effort needed to put together the packages during the application phases,” said Huang, COO of OmniSync. “You’re basically going to be working with this person for the next few years of your life, in a very technical manner.”

Who Calls the Shots?

“Our founders do not report to either of us,” Hereford said. “Brad and I sit on their board as well as weekly core meetings to provide input on things like the strategic direction, but ultimately the founders are in control.

Although Launch Factory develops the business ideas internally, the leadership team said that the founders have full control of their companies’ decisions and finances.

“We measure things like objectives and key results to test strategy and goals for the company to monitor them (founders),” Chisum said, “As an example, we (Launch Factory) have a financial health monitoring process in place that aids in cash management.”

Candidates apply to lead companies in pairs (research suggests co-founders are more effective than solo founders, Chisum said). The pairs will compete in a rigorous interview process, during which candidates will be asked to brainstorm answers to business questions.

Hereford and Chisum said their next round of Launch Factory applications will begin sometime in the first quarter of 2020.