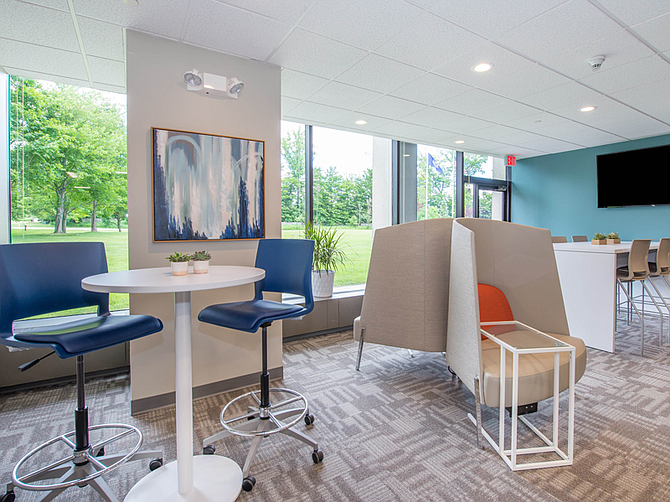 A San Diego husband and wife are going into the coworking business by opening a San Diego County location of Office Evolution, a company based in Colorado.

Ritika Sehgal and Saurabh Singhal are looking for a location, preferably in North County.

“We’re in the process of looking for the exact location. We’re looking in the coastal areas, just a little north of UTC up into Carlsbad,” Sehgal said.

Sehgal has background in software engineering and previously worked for a medical technology company.

Singhal’s background is in customer management.

“The need for coworking is expanding, in our minds,” Sehgal said. “I’m definitely looking to build more than just an office space. I’m looking to develop a community having access to people who can offer help to each other.”

She hopes to appeal to a “younger entrepreneur.”

“By young, it doesn’t mean young in age. It means someone who is just starting out,” Sehgal said.

“San Diego has such a dynamic and diverse population. We’re looking to provide an opportunity for people who don’t want a long commute, who want to work nearer their homes,” Sehgal said.

The implosion last year of WeWork gave Sehgal some pause.

“It did make us think, was this the right decision or the right timing,” Sehgal said. “The issue wasn’t the concept or the model. The business can run really well or not and in that particular case, there were things that weren’t very well at all.”

The county already is home to more than 1 million square-feet of coworking space, from boutique and specialized offerings to big corporate operations.

Spaces is owned by the multinational corporation IWG, based in Luxembourg, offering workspace under such brands as Regus, Signature by Regus, HQ and No. 18.Regus has more coworking space than anyone else in San Diego County — about 19 percent of the total, according to the commercial real estate brokerage Cushman & Wakefield.

The Irving Co., one of San Diego’s biggest office landlords, in 2019 started offering what it billed as a hybrid of coworking and traditional offices that it calls Flex Workspace +.

Despite the competition, Office Evolution COO William Edmundson said he’s confident San Diego is ripe for its version of coworking.

“Our sweet spot is being in suburban markets,” Edmundson said. “Because our model is focused on the small business, the professional service companies, we do really well in suburban markets. Our centers are smaller than a traditional coworking space, 7,000 to 10,000 square feet.”

The company has coworking spaces in 64 locations with plans to expand to 80, including in San Diego.

In California, it has coworking franchises in Mill Valley, Walnut Creek, Los Gatos and Folsom.