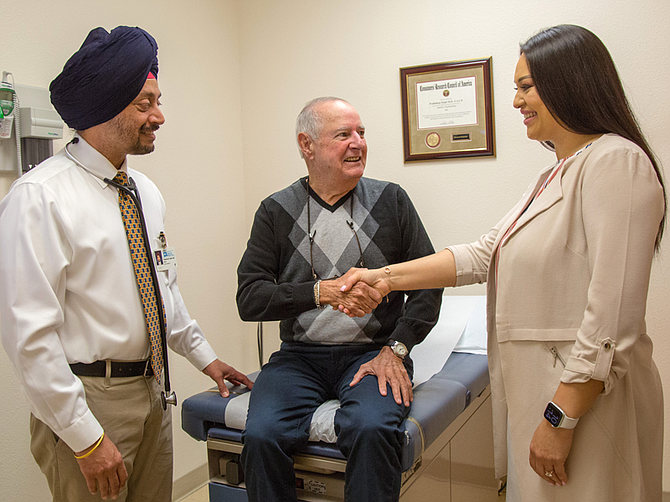 Mental health is becoming a top priority in the United States.

According to the California Health Policy poll conducted in 2019, almost 90 percent of people said the issue was extremely or very important.

Although today, many primary health care practices are not properly equipped to address the mental health of patients.

The San Diego-based startup, called Concert Health, is seeking to bridge the gap between the doctor’s office and psychiatric care.

Can Be Difficult to Diagnose

The vast majority of patients with mental illness are high functioning, so it’s difficult to recognize them, even for trained doctors.

In the United States, about 45 million adults have a mental illness such as anxiety or depression — that’s nearly 1 in 6 adults. Among these adults, a 2016 study found that 60 percent didn’t get treatment during the previous year: no medication, no talk therapy, and no support groups.

When doctors do recognize mental health issues, prescription medication is typically the first line of action. However, despite being fairly effective, not every condition can be treated this way — that’s where Concert Health comes in.

The funding will be used to introduce collaborative care at scale through Concert Health’s pilot program.

Operating since 2016, CEO of Concert Health, Hutchins, said the additional financing will be critical for introducing collaborative care across the state.

“We are very excited. This partnership ensures that we have the resources, expertise, and credibility to implement this program and expand our services to Medi-Cal patients statewide,” Hutchins said.

Sarah Lyman, executive director and spokesperson for the co-investor Alliance Health Foundation said, “This partnership is exciting because Hutchins had great traction with Medicare markets, private payer insurance, and Medicaid in other states but not yet California,” Lyman said.

“So to an extent, we (AHF) can help provide Concert Health with pilot resources and use this as a case study to show medical payers how to reimburse collaborative care management and increase access to behavioral health services  —  which would be a wonderful win,” Lyman said.

“We let primary care providers essentially flip a switch and start doing collaborative care,” said Hutchins. “When you make something that easy, you greatly increase the chances that providers adopt it.”

The company officials said that last year, the startup has cared for over 2,500 patients and expect many times that in 2020.