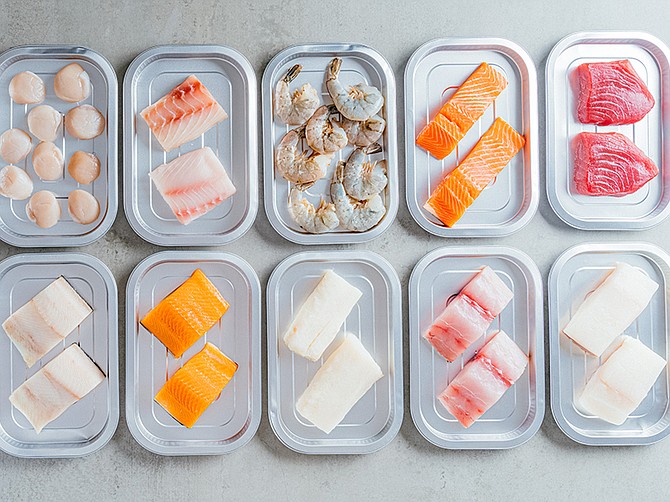 Photo Courtesy of PureFish. PureFish launched in 2002 as a B2B company that provides fine dining grade fish to chefs. Earlier this month, the company kicked off its DTC segment, providing the same quality fish direct to consumers.

Headquartered in Bankers Hill and with eight employees, PureFish was founded in the early 2000s. Its mission, said Mobine, was to make a change in the seafood industry by focusing on better quality and more sustainable seafood products for the most discerning and demanding chefs. Some of its San Diego-based clients include Marine Room, Mister A’s, Lionfish, Wrench & Rodent and Hane Sushi, among others.

Following two years of research and development, PureFish will launch its B2C vertical on Dec. 28, he said, with the hope of bringing the same quality product to the final consumer. The family-owned and operated company is projected to reach $5 million in annual revenue.

“After almost 20 years on the B2B side, we knew that to make a lasting change, we had to bring this same quality to our final consumer customers,” said Mobine. “PureFish is a healthy and sustainable option that takes out all of the messy prep and guesswork normally associated with buying and cooking seafood at home. After two years of R&D, PureFish is now ready to be available direct to our consumers straight from the water to their home kitchen. From fridge to fork in less than 10 minutes, there are no dirty pans, no fuss and no ‘fishiness’.”

PureFish works directly with its hand-picked and audited fisherman and aquaculture partners. The fish is delivered directly to PureFish from the water, where it is processed, meaning pre-portioned and trimmed just as a chef would do, said Mobine. The center cut filets are frozen at peak freshness using an innovative technology, locking in quality and taste until ready to use, he said.

The fish is then packaged and delivered to its customers. To use, home cooks can simply thaw, open, season and cook, said Mobine.

“We created the PureFish Perfect Portion to provide the highest quality center cut fish packing the most nutritional benefit,” she said.

All packaging is made from upcycled and recycled paper, the insulation is made of 100% all-natural recycled cotton that is upcycled and the aluminum trays are 100% recyclable. And, taking it a step further, PureFish also provides its clients QR codes that allows them to “Meet My Fisherman and Farmer”, he added.

“We wanted to eliminate all of these hurdles,” said Mobine. “We did all the hard work so the consumer can just enjoy great seafood at home.”