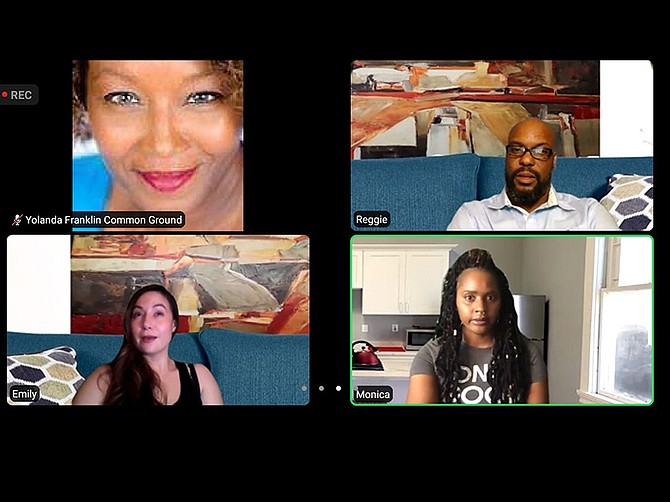 Fun fact: San Diego is home to one of the three longest running Black theater companies in the United States.

Common Ground Theatre, located in Southeastern San Diego, was founded in 1963. Additionally, it is the premiere Black theatre in the county, according to Yolanda Marie Franklin, newly appointed executive artistic director.

With this in mind, the playhouse has embarked on a powerful 2020-2021 season around the theme of “Raising our Consciousness to a Higher Level”, which kicked off earlier this month.

“Now is the time to discuss and think about things from different points of view,” said Franklin, who was appointed in July after coming on as guest artistic director in 2019. When the previous artistic director passed in January, she was asked to join the company on a permanent basis.

“This year’s season was put together with the concept that the African American/Black experience is different for everyone and all those stories are worth telling,” she continued. “We are sharing as many stories as we can this year, including through our free premiere play reading series and holiday concert, so that everyone has a chance to take part.”

Franklin, who is the first female artistic director in the theatre’s 57 years, made it part of her mission to grow the company’s annual productions. Before her tenure commenced, Common Ground Theatre hosted two to three live productions per season. This included a Black History Month show and a Black Nativity Christmas event, she said. She’s since increased that number to seven months’ worth of the “Uplifting Black Voices” virtual programming, which is free for all viewers and drew over 100 people during its premiere presentation.

As part of the digital lineup, which is telecast via Zoom Video Communications and blasted out via a newsletter, the month of February will focus on playwrights over the age of 60. This will be followed by a women’s history month presentation in March, an “Intersected with Black” edition in April, a run with high school-aged writers in May and highlighting work from the LGBTQ+ community in June.

The season, which runs from July to June, will end with a Juneteenth celebration, she said.

Celebrated on June 19, the holiday commemorates the emancipation of enslaved people in the U.S.

Common Ground Theatre is also doing three live productions at the outdoor amphitheater of the Jacobs Center for Neighborhood Innovation, said Franklin. All of it helps employ actors, she said, which is particularly important as both the industry and the city embark on recovery efforts in the face of COVID-19.

Actors are paid a stipend between $400 and $600 per production, mostly from donations, ticket sales and community-driven funding efforts.

Common Ground Theatre runs classic plays, like ones by August Wilson and Sam Shepard. It also commissions contemporary, new work from up-and-coming writers as long as it aligns with the theatre’s mission, she added.

The Jacobs Center for Neighborhood Innovation has partnered with Common Ground Theatre since last year. Reginald Jones, president and CEO of the organization, said the drive behind the collaboration is because he believes the work of the Common Ground Theatre is fundamental to the continued growth of the community and should receive more notice on both a local and national level.