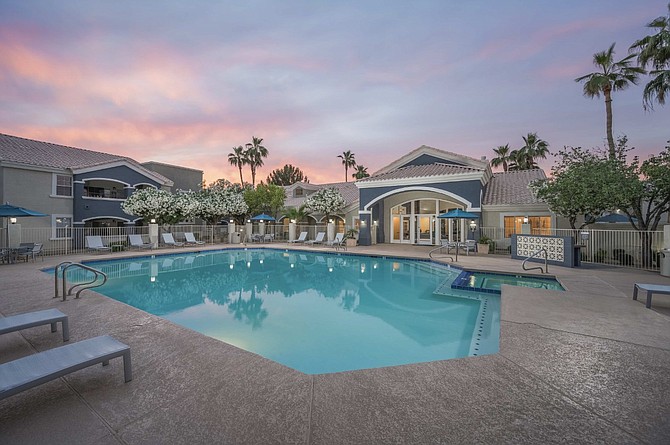 Pathfinder Partners based in La Jolla has sold an Arizona apartment complex for $30.9 million.

The Sterling, a complex with 107 apartments in the Phoenix suburb of Gilbert, was acquired by Casa Anita Apartments, LLC.

Pathfinder Partners acquired the property, previously known as The Vintage, in December 2017 and made $1.4 million in renovations before selling it.

The Sterling was 97% occupied at the time of the sale.