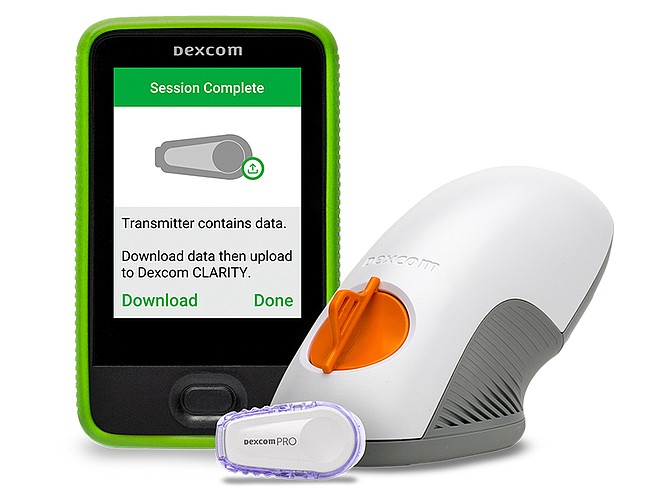 Photo courtesy of Dexcom. Dexcom is the leader in wearable continuous glucose monitors.

The San Diego-based diabetes technology developer reported Q3 revenue of $500.9 million, a 26% increase from the $396.3 million reported in the same quarter of the previous year.

Dexcom’s half a billion dollars in revenue in the third quarter, topped analysts’ average revenue estimate of $476.75 million. Its stock is up more than 70% for the year, while also raising revenue guidance for the year.

“The third quarter was another strong period of growth for Dexcom as awareness of our technology continues to grow in this time of heightened focus on glycemic health,” said Kevin Sayer, chairman, president and CEO of Dexcom. “We are once again pleased to raise our full-year 2020 guidance as our teams press forward to close the year strong and execute on our strategic initiatives.”

Headquartered in Sorrento Valley, Dexcom is a medical device company that specializes in the treatment of diabetes. In particular, it makes a device that provides near real-time glucose monitoring, without a finger prick.

Dexcom’s core U.S. business is made up of patients with type 1 diabetes and type 2 diabetes who are insulin-dependent.

Its flagship device, called the G6, tracks data in real-time through a smartphone app, with users allowed to share it with up to 10 people. In 2021, the company will launch its next-generation CGM, the G7, in multiple markets.

Made 60% smaller than the current G6 wearable, it offers better connectivity and interoperability and significantly reduces the cost of the manufacturing process.

In addition, the device will have improved features that will come with the new app accompanying the G7, and potential for added features such as technical support through the app rather than calling the support center.

“With our CGM, you can monitor all data from another room and never touch the patient’s finger or come in contact with their blood. There’s a tremendous value to this and we just have to unlock it,” said Sayer.

Two other offerings that are expected to contribute to the company’s growth is Dexcom Start, a new program that aims to simplify the writing of DexCom scripts and reduce the administrative burden on physicians, and CLARITY, Dexcom’s diabetes management application for CGM users that highlights glucose patterns, trends and statistics.

Overall, the company is taking a multi-channel approach in developing its non-intensive type 2 business, which is more than seven times the size of Dexcom’s current markets, Sayer said.

Dexcom plans on going direct in one to three markets each year. In 2021, it will enter Japan’s market with its distribution partner Terumo Corporation. It will also extend its footprint in Asia with a new office in Singapore.

“It is a competitive environment. Dexcom’s growth is a 44% compounded annual growth rate over a 10 year period  —  nobody does that. Competitors are now looking at what we’ve done and want to replicate what we’re doing,” said Sayer.

“It took us 10 years to do this,” he said. “We’ve invested a lot in scale, manufacturing, and we invested a lot in getting the product reimbursed as well as getting access to it in the U.S., which we’re now using more of those techniques outside of the U.S. It is an increased competitive environment but people need this technology now more than ever.”

Dexcom expects to log revenues of approximately $1.9 billion for the full-year 2020, marking 29% growth year-over-year. The company is the fourth largest employer in the region, with 2,800 local staffers.

“As a San Diego company, when you look at the jobs that we’ve added and what we have accomplished. Dexcom is integral to this community and will continue to be,” said Sayer. “Our future has never been brighter. We have more patients to address then we’ve ever had before and we have a series of product offerings being introduced over the next couple of years. It’s going to be fabulous next couple of years for Dexcom.”