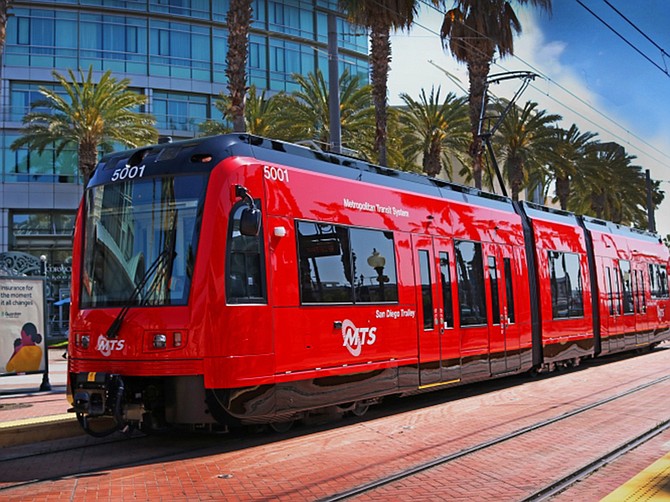 Photo courtesy of San Diego Metropolitan Transit System. The six-year agreement includes two two-year options that could bring the total value of the contract to $911 million over 10 years. The largest single contract in MTS history.

The six-year agreement includes two two-year options that could bring the total value of the contract to $911 million over 10 years.

A longtime partnership, Transdev has been under contract with MTS to provide similar services for the past 13 years.

“We thank MTS for their continued trust and vote of confidence with this important contract renewal,” said Laura Hendricks, chief executive officer of Transdev U.S. “Transdev has been operating in San Diego since 1996 and we’ve made great advances in safety and service. We look forward to continuing to provide safe, reliable, top quality service and to collaborating with MTS to further enhance the passenger experience.”

As part of the new contract, MTS will provide 332 buses and two state-of-the-art Leadership in Energy and Environmental Design (LEED) certified facilities for operations, maintenance and fueling.

“Transdev was determined to have the best overall scores for technical aspects and pricing. This allows MTS to continue to offer exceptional service throughout its service territory,” said Rob Schupp, marketing director at MTS. “Transdev has been and will continue to be a vital extension of bus operations, particularly for the South Bay and East County regions.”

The contract also includes funding for more than 750 Represented and 65 Non-Represented employees in the San Diego region.

If all options are exercised, the contract will exceed $900 million over 10 years, making it the largest single contract in MTS history.

Its newest bus line, Iris Rapid, will operate as its first all-electric vehicle, helping jump start the rollout into 100% zero-emission buses and is slated to be finished in the next 18 months. MTS also expects to finish up with the Mid-Coast Trolley opening in November of 2021.

“We’re working feverishly to get a new fare collection system up and running by mid-2021. This will be an account based system that we think will give our riders lots of benefits by being able to pay as they go and always get the best fare,” said Schupp.

“The extension of the UC San Diego Blue Line from downtown to UTC should be complete and in operation by the end of next year. The last of our diesel buses (over the road coaches that operate on I-15) will be replaced next year,” he added.

In May, Sharon Cooney was appointed as CEO after posts that include MTS deputy CEO, director of government affairs, director of planning and chief of staff. She has worked at MTS for 15 years and is the first woman to lead the agency.

MTS has 3,600 employees, both direct and contracted, and services about 86 million riders per year across 10 cities and throughout the county. In 2020, roughly 19.5 million passengers were carried by MTS out of these two divisions.