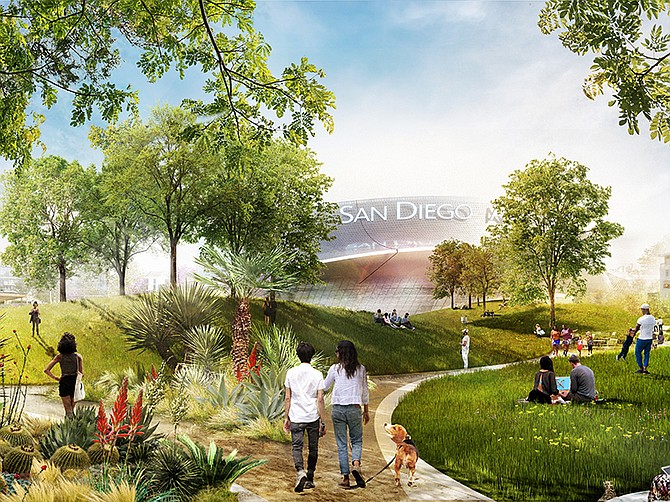 The $2 billion redevelopment of the 48-acre site of the San Diego Sports Arena is starting to take shape with the selection of a community advisory group that will help determine what the project will entail.

“For a project of this importance and something that is transformational, it’s really important for us to have public input throughout the entire process,” Adams said. “They’re going to actively provide input in the shape of the future Sports Arena property.”

The team of Brookfield Properties and ASM Global was chosen in August by outgoing Mayor Kevin Falconer to redevelop the Sports Arena property in what is seen as the critical element to transform the entire Midway District.

A key impediment was eliminated in the November election when voters passed Measure E to eliminate a height limit that restricted buildings in the district to 30 feet or less.

“With Measure E, we have an even clearer picture of how we can reimagine the Sports Arena,” Adams said. “It really showed that San Diegans want to see the future of the Midway District and the Sports Arena site unlocked.”

All of that will be firmed up in pending negotiations with the administration of incoming Mayor Todd Gloria and recommendations from the advisory group, Adams said.

In general, he said that design will be geared toward creating a walkable community with a mix of open space, housing and commercial space along with an entertainment center.

It will include more than 2,100 housing units, 590,000 square feet of retail space and five acres of parks.

“We’re really focused on working with the city and the community as to what those plans are,” Adams said. “There’s a focus around creating jobs, creating opportunities for housing and parks in the area.”

Dike Anyiwo, vice chair of the Midway-Pacific Highway Community Planning Group and a member of the advisory group, said that the workforce housing that the Sports Arena project would include is critical.

“We have some really wide streets that are just not comfortable to walk on,” Anyiwo said.

Even it its very early stages, the Brookfield Properties project coupled with elimination of the height limit is a catalyst for other projects, according to Anyiwo said

“It was highly unlikely there would be any movement there,” Anyiwo said. “Now we’re in a place where there are no more excuses. If you have a plan or a project to advance, now is the time to get it done.”

Among those appointed by Brookfield to the advisory group were former City Councilman Byron Wear, Anthony and Chuck Pretto of Kobey’s Inc.,