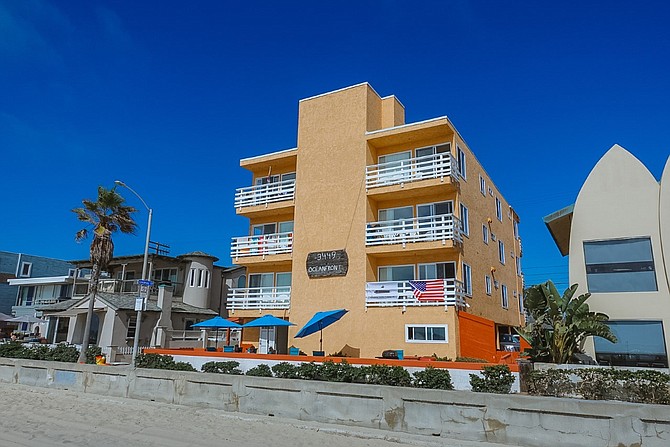 An apartment building that’s on the boardwalk in Mission Beach has been sold for nearly $7.5 million.

At $1.2 million per apartment, the sales price represented one of the highest per-unit costs ever paid in San Diego County, according to Tony Franco, president of The Franco Realty Group.

The apartments are all two-bedroom, two-bathroom units of 1,100 square feet.