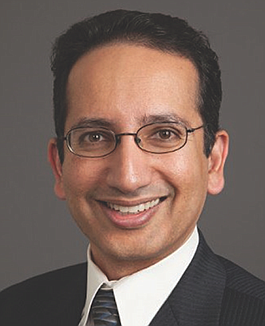 In his relatively short time at Plum Healthcare Group, CFO Naveed Hakim has undertaken two very significant initiatives. First, he led transformation efforts which successfully stabilized the company’s financials by 2019. Starting in 2016, he designed, received buy-in, and then led the implementation of the transformation plans which helped avert a liquidity crunch and moved to stabilize the company’s margins at an industry-high level. By November 2019 such efforts had improved capital availability in excess of $100 million, and enabled the implementation of a unique capital structure.

This unique capital structure that Hakim designed and has put in place was two years in the making and took 15 months to execute given its complexity and size. The efforts were successfully concluded in December 2019. It resulted in one of the largest transactions of its kind with the United States government’s Federal Housing Administration, provides unprecedented stability and financial differentiation for Plum versus its peers, and has added another multiple to the valuation of the company. For those achievements and others, Hakim is the winner of the CFO of the Year Award in the Large Private Company category. “I felt very grateful” receiving the award, he said. “To me it is a tribute to all of those who support me day in and day out – especially our amazing team and our wonderful facility staff. This really belongs to them. I am also very thankful to my mentors and family for what they have taught me and their support, and paving the way for this accomplishment.”

Based in Carlsbad, Plum Healthcare Group provides a broad spectrum of skilled nursing and assisted living services, physical, occupational and speech therapies and other rehabilitative and post-acute care services at 56 healthcare facilities. In 2019, the company had $725 million in revenues and employed more than 10,000 people. At any given time Plum cares for 6,000 patients. Hakim builds a strong culture which serves as the foundation for building very capable teams that then contribute to the organization’s overall success. His teams exhibit a can-do attitude driven by self-accountability. He has modeled the culture after Pete Carroll, coach of the Seattle Seahawks, who is well known for creating high powered, overachieving football teams. Hakim has also created a culture of experimentation and innovation. He calls these audacious initiatives “experiments” and they are led by his finance team. The goal of these initiatives is to push the team and the company to drive innovation in a safe and trusting environment and quickly learn from the outcomes. It has also motivated the team to bring new ideas to the table and has resulted in quite high employee engagement by the finance team. Key innovations that have resulted from this process are the reduction of the close process by almost 50%.

Hakim came to Plum from the financial services industry. He quickly learned the drivers of the healthcare industry and adapted his experience to develop a customized approach that worked in this space. According to the person who nominated him, it is rare to see someone from another industry come into the very complicated, regulated healthcare space and make such a material impact in the span of four years. Having come from a low-income, disadvantaged background in India, Hakim is very passionate about eradicating extreme poverty across the globe. He and his wife Lisa started their own foundation (The Pryzym Foundation) 11 years ago to contribute towards this goal, and to help humanity where it is the most in need and to foster entrepreneurship in developing countries.