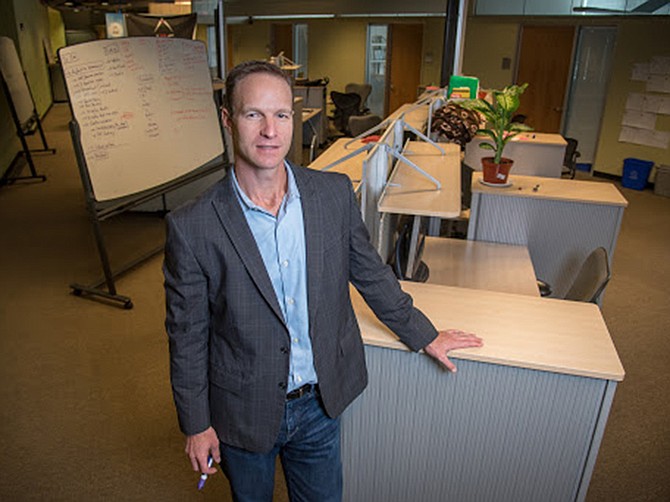 San Diego-based CARI Therapeutics, a startup that is developing an implantable biosensor that could help combat the opioid crisis, has received additional funding from the National Institute of Drug Abuse (NIDA).

Founded by engineers from the Jacobs School at UC San Diego, the funding will be allocated towards its animal and human trials for testing and demonstrate device accuracy. This is the fourth federal award for CARI Therapeutics, totaling more than $4 million, to date.

CEO Patrik Schmidle said the next phase of research will focus on further expanding the functionality of the sensor, refining the tools and procedures for inserting and extracting the sensor, and testing the biosensor in swine and humans.

“We are in the middle of executing both phase one and phase two of our grant research,” said Schmidle. “We’ve laid a ton of groundwork but we are still early. That’s the crazy part about building medical device businesses, you spend multiple years working on something and you are still in the early stages.”

Launched in 2015, CARI Therapeutics’s sensor can be injected subcutaneously, where it can detect the presence of opioids in interstitial fluid.

Measurements are taken throughout the day and the results are communicated wirelessly to a device such as a smartphone or smartwatch.

In addition, the device can warn users of risky behavior and intervene by alerting healthcare providers if a patient is at risk of death because of a significant increase in opioid levels in their system.

Schmidle said the company’s device is very similar to the technology being applied to treat patients diagnosed with diabetes.

“There are lots of parallels to the diabetes space,” said Schmidle. “The introduction of continuous glucose monitors completely transformed the way diabetes is treated. We are solving a similar problem as it relates to opioid use disorders and chronic pain patients. Where in order to treat them most effectively, you have to monitor the symptoms on an ongoing basis.”

The number of deaths related to drug overdose has more than quadrupled over the last decade, from 16,000 in 2006 to more than 70,000 in 2017. A growing issue, more than 3 million U.S. citizens and more than 16 million people worldwide are estimated to be suffering from opioid use disorders.

Substance misuse is an immense problem that goes beyond the heavy costs from loss of work productivity, it affects millions of families each year.

Such disorders are estimated to cause $400 billion worth of financial damage annually to the U.S. economy, according to the NIH.

Drew Hall, an associate professor at UCSD’s Jacobs School and one of the principal investigators on the project said he believes CARI’s data-driven approach will offer physicians the ability to tailor their approach rather than a generalized treatment.

“This technology is important because it ‘closes the loop’ in the treatment paradigm by providing quantitative, real-time data rather than relying solely on self-reporting,” he said. “This fits within the broader precision-medicine initiative that is changing how physicians tailor a treatment to individuals rather than using a one-size-fits-all approach.”

In terms of impact, Schmidle said roughly 50 million patients receive opioid prescriptions annually, noting that “millions” of lives will be saved once its products hit the market in the next several years.

Once clinical trials are completed, the team plans to pursue the regulatory path for FDA approval and commercialize its technology.

“Five years down the road, we will hopefully be part of the standard point-of-care for people that are getting chronic pain medication as well as those that are being treated for substance use disorders,” said Schidle.