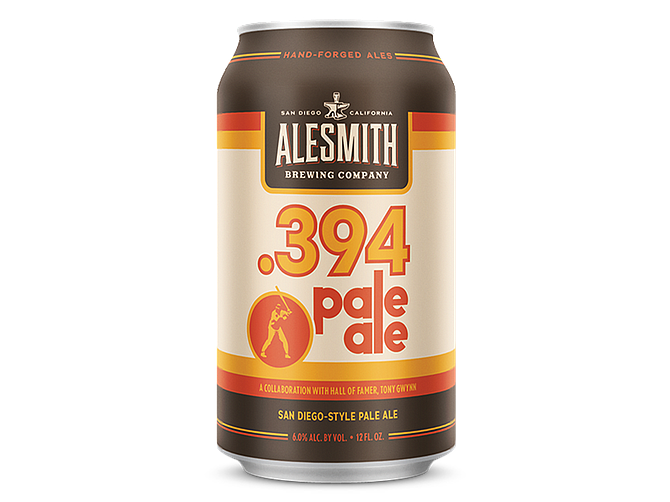 Typically, sales for San Diego-based AleSmith Brewing Co. have been 50% restaurants and bars and 50% grocery stores and liquor stores.

But, since COVID-19 hit mid-March, AleSmith’s business has significantly shifted to 20% on-premise and 80% off-premise, according to Brandon Richards, president.

With many restaurants and bars in the region still closed, the 1995-founded craft brewery, and other brew houses around town, have deliberately pivoted their efforts to mostly canning and bottling their beers as part of their recovery plans.

“We were 50% kegs, that is restaurants and bars, and 50% cans, which is grocery stores and liquor stores. But in the middle of March, we lost 50% of the total business,” said Richards. “What happened at that point, is, we really started to look at how to sell more beer in grocery stores and liquor stores where people can buy it and put more of our beer in cans and bottles to allow the business to grow and move forward.”

Although barrelage will be down to 30,000 from 35,000 this year, Richards said AleSmith had its best wholesale sales numbers in June and July this year so far compared to the same time last year. This includes contracts with Albertsons, Ralphs, Trader Joe’s and Costco, he said. As a result, the company plans to reopen its Miramar-based, 106,000-square-foot brewery and tasting room’s patio on Aug. 20 as part of its regrowth strategy.

Tom Vogel, CEO of Belching Beaver Brewery, headquartered in Oceanside and founded in 2012, said, with all of the brewery’s draft sales gone as a result of the crisis, packaged sales have significantly increased; while 70% of production was in packaged sales and 30% draft sales pre-COVID-19, Vogel said it is now 98% the former, adding that the only draft production it now makes is for its own locations.

“In June, we netted out at 31% on the distribution side,” he said. “Draft sales are gone and there is nothing left for draft. But we are so lucky that packaged sales went up. It hasn’t completely taken over all loss from draft sales, but, up 31% in June and even more in July.”

Although Vogel anticipates Belching Beaver’s gross income will be down about $2 million from the projected $20.5 million for 2020, August is already slated to be a record month in terms of barrelage sales despite two of its four restaurants still being closed. Of the two that are open, one is breaking even, he said, and the other is still down a bit.

“Our main core business is back in sales,” he said, adding that the company’s recent release of a hard seltzer product in three flavors is helping. “That is holding everything together quite well. People don’t have breweries to go to and now those excess people are going from regular breweries to stores to buy packaged goods.”

To meet consumer needs, Vogel said Belching Beaver is in the process of expanding its operation and adding a bigger canning line as well as two more 40-barrel tanks. And, in anticipation of an aluminum can shortage as a result of the uptick, Vogel said the company is already printing labels for bottles as a back-up plan.

Ballast Point Brewing Co., headquartered in Miramar and with six locations, three of which are in San Diego County, has also experienced the off-premise shift. Brendan Watters, CEO, said while sales before the pandemic were 50/50, bottles and cans sales now account for roughly 95% of business.

“We had a lot of beer ready to go in kegs for the opening of the baseball season, with Petco Park and the Padres being major partners of ours,” he said. “We had to pivot from that and put all of that in cans and then sell that through Costco and other channels. So, our pivot plan was to package all that beer instead of going for the 50/50 split.”

In an effort to further address distribution needs, Watters said the company hired more people lately to help grow chain accounts and continue to drive revenue in that area, which includes accounts with Target and BevMo. While not enough to make up for the loss of on-premise sales, distribution of packaged goods has gone up around 20% since mid-March as a result, he said.

For some breweries, it hasn’t been as seamless as simply shifting course.

Paige McWey Acers executive director at the San Diego Brewers Guild, said many of the smaller breweries that weren’t prepared for canning and distribution, had to quickly learn the process or hire outside canning services in order to stay in the game.

“Some of the breweries didn’t have distribution already set up, so that required hiring additional staff or more work on behalf of the owner himself, if it’s a smaller brewery, to get out and try to get new accounts,” she said, adding that San Diego-based Mobile West Canning has stepped in to help those without canning lines get their product packaged. “Another thing that has helped is using 32-ounce crowler cans with the use of a single crowler machine. It is still aluminum, but allows brewers to use fresh draft beer onsite, as well as specialty beer that isn’t usually canned or bottled, instead of trying to get something packaged and distributed.”

To McWey Acers point, Brandon Hernandez, founder and executive editor at San Diego Beer News, said, depending on the brewery’s production capacity, going the off-premise route can be sustainable.

“There is no one-size-fits-all solution here (as) breweries come in all shapes and sizes,” he said. “Larger and medium-sized breweries are set up for what works best right now: selling canned and bottled beer across pre-established, robust distribution footprints to large retailers. Many smaller breweries and brewpubs have shifted to can enough of their beers to get by… right now, it really is about staying in business long enough to wait out the pandemic, then try to pivot again to reinvigorate their companies as quickly as possible if they are able to do so.”

“If you were set up for packaging, meaning bottling and canning, and had distribution ready to go in retail chains and supermarkets, then, your sales are probably up,” he said. “But, if you weren’t prepared and relied on tasting room sales as well as events, you are likely hurting. That is the downside right now of the industry.”