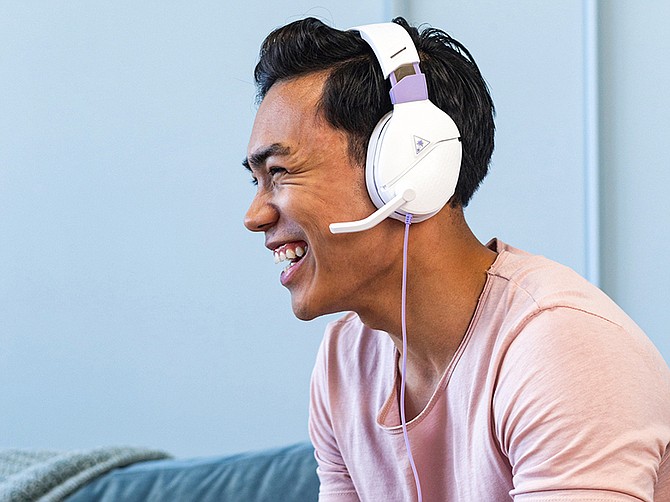 Turtle Beach Corp., the maker of videogame headsets and related peripherals, rode a wave of improved results during the second quarter of 2020. Revenue increased 93% to $79.7 million as consumers passed the time at home during the coronavirus pandemic.

It was a second-quarter record, the company said.

Net income for the recently ended quarter was $8.3 million. In the same quarter one year ago, Turtle Beach (Nasdaq: HEAR) turned in a net loss of $2.4 million.

In the market as a whole, sales of videogame accessories increased 50% from the same time last year, to $584 million in the second quarter, according to The NPD Group. The figure includes headsets, gamepads, steering wheels and other peripherals.

Overall consumer spending on video gaming in the U.S. reached a record $11.6 billion in the second quarter, up 30% from the year-ago quarter.

“During the pandemic, many have turned to video games not only to keep them preoccupied, but also to stay in touch with family and friends,” NPD analyst Mat Piscatella said in a statement. “This has resulted in an acceleration of what were already established trends towards heightened video game player engagement. I don’t see any signs of this slowing down.”

The business increased its guidance for 2020. The company said it expects revenue to be $300 million, reflecting strong consumer demand for gaming accessories. That is up 28% from the high end of the guidance the company offered in May, which was a range of $224 million to $234 million.

During the second half, the business said it expects revenue of approximately $185 million, adjusted EBITDA of approximately $20 million, and net income of 50 cents per share. The term EBITDA stands for earnings before interest, taxes, depreciation and amortization.

Demand for headsets is expected to go up at the end of the year, when major electronics makers launch new gaming consoles. Microsoft is expected to put a new version of its Xbox console on the market, while Sony is expected to launch its PS5.

“Our record-setting performance in the second quarter was driven by a combination of strong consumer demand for headsets, superior execution that allowed us to gain market share, and our ability to leverage operating expenses even as we invested in new growth initiatives,” said Juergen Stark, CEO of Turtle Beach, in a statement distributed by the company.

Stark said that non-gamers are buying Turtle Beach headsets for working at home, as well as for school and socializing.

“We couldn’t be prouder of what our team has accomplished in recent months under challenging conditions,” Stark said. “What is most encouraging is that we believe the demand is not simply pulling sales forward that would otherwise have occurred later, but is also being driven by greater overall engagement of existing gamers as well as new and lapsed gamers joining the market as new gaming headset users.”

The business had $21.2 million in cash and cash equivalents on June 30, up from $3.4 million at the same time last year.

In late July, Turtle Beach announced its stock was to be included in the Russell 3000 index.