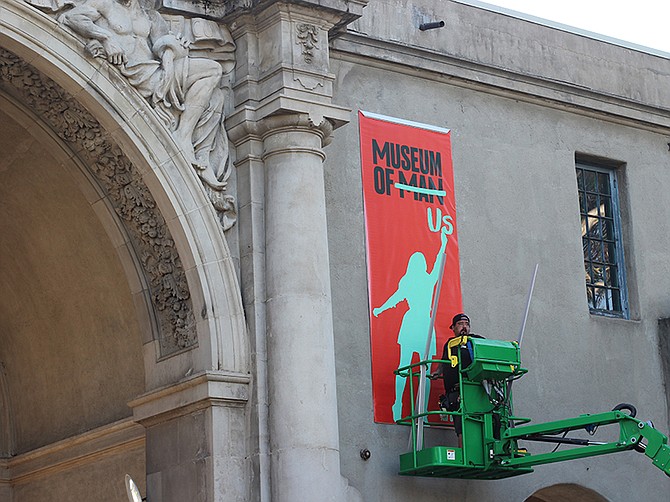 Since the 1990s, the Museum of Man, which sees about 230,000 visitors per year, has toyed with the idea of changing its name to be more inclusive.

Back then, after conducting vast amounts of surveys and research, the institution decided the community wasn’t ready for the iconic brand, founded in 1915, to go through with a name change.

But in early August, after three years of embarking on the renaming process once again, the Museum of Man announced it had officially rebranded itself as the Museum of Us. The objective, according to CEO Micah Parzen, is to be less excluding and better align the museum’s cognomen with its equity, decolonizing and anti-racism work of the past 10 years.

“The museum has been around for 105 years and it has been grappling with the fact it emerged of colonial enterprise and that it has an antiquated and outdated reference to man, which excludes so many people that don’t identify with that word,” he said, adding that the institution projected revenue would be $2.2 million this year pre-COVID.. “The way the museum has worked up until recently is it takes all these artifacts and becomes an authoritative expert, not just on the item, but the people behind the item as well, particularly indigenous people. That was our modus operandi over many decades. In the last 10 years, we started down this new path in which, as opposed to being the authoritative expert, we want to become convener of important conversations.”

In line with its new strategy and moniker, Ellen Waddell, board chair at the Museum of Us, said the institution has been reaching out to several communities about artifacts that were acquired, in essence, without consent from the proprietary group, and asking if said group would like the collected resources back. If they prefer the museum to keep it, she said, they are then asked for input on the best way to preserve it and tell its story.

“We spent the last several years examining our past as a museum, how we collected our resources and the fact that our foundation was really on a colonial pathway,” she said. “We began to think about how to acknowledge our past and repair it. And, that is how we are going about our decolonization work.”

Changing its name to the Museum of Us was a cardinal part of its progression, said Parzen. Started three years ago, the process began with a series of stakeholder groups discussing the change and brainstorming 100s of possible names, with five or six continually rising to the top as crowd favorites, he said. Once narrowed down to a few, the potentials were surveyed within the community and also tested via a museum installation through which visitors were asked to react to each name.

At that point, all of the data was collected, said Parzen, and, in the early part of 2019, a decision was made. But then the museum faced a year-long delay with the construction project of its California Tower, which wrapped up in February. And then, a month later, COVID-19 happened, with museum temporarily closing its doors on March 15.

While the Museum of Us remains closed due to the pandemic, Parzen said it was the crisis itself, along with national events that have taken place since, that encouraged him and his team to move forward with the announcement.

“We decided that during the pandemic, within the context of the pain and suffering, this could be a silver lining,” he said. “Over the last decade, the organization has been so committed to anti-racism work, to eradicating the harmful legacy of colonialism on indigenous people and other people of color, that we decided now was the time. Despite the extreme out there, we believe that we need places exactly like the Museum of Us to bring people together in this divided time. And, we need places that really connect us to our shared humanity, places that remind us that we are more alike than we are different.”