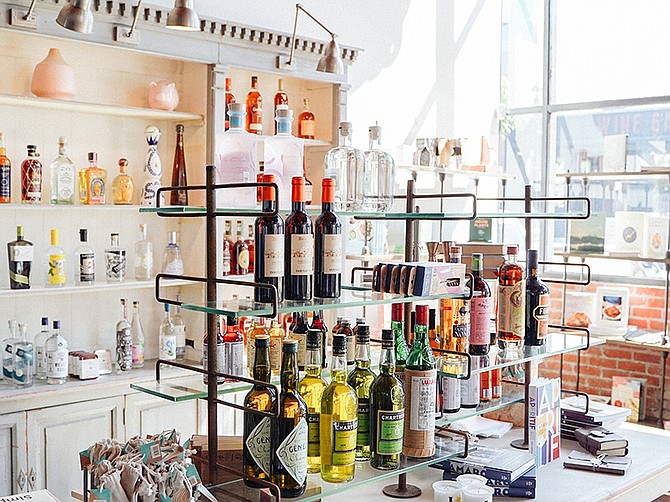 In 2018, he resigned from the Hakkasan Group, which five years prior acquired the successful Searsucker and Herringbone restaurants from him, to grow his own firm. And, between Q4 of 2019 and the first quarter of 2020, the chef and restaurateur opened five new restaurants: Animae, Herb & Sea, Herb & Ranch, Wood Yu and NIMA Café, for a total of 10 food and beverage places of which nine are in San Diego.

Revenue was projected to reach $32 million this year before COVID-19 emerged.

But when it came down to the reopening of his restaurants after shutting them down on March 13 due to the pandemic, 47-year-old Malarkey, who founded Puffer Malarkey Collective with business partner Christopher Puffer in 2016, has erred on the side of caution.

After closely watching the local restaurant scene and taking the grapples of other operators into account, Malarkey opted to sit out for a while and take his time before opening his doors back up.

In May, when San Diego County gave restaurants the greenlight to reopen, Malarkey, whose company has brought back approximately 100 employees out of 250, met the news with hesitation.

“We didn’t know if it was safe to do indoor dining,” said Malarkey, an Oregon native. “And, we didn’t know how long it would last.”

With this in mind, on May 21, he opened just one location, Encinitas-headquartered Herb & Sea, for takeout. His thought was restaurants can’t make sufficient money if they can’t fully reopen. So, he had to be confident his pivot plan would, at the very least, “keep the lights on”.

Rebranded as Herb & Home, the restaurant offers a selection of family-style meals for touchless, curbside pick-up as well as bottles of wine or cocktails to go. So far, Malarkey says the company is doing roughly 20% in take-out (handled by third-party delivery providers).

But, by early July, San Diego restaurants were ordered to shut down indoor dining as coronavirus infections began to increase again.

Fortunately, Malarkey had the foresight to pace himself.

“Thankfully, that (the opening of Herb & Sea) was all we did, because a few weeks later, they put the kibosh on indoor dining,” he said. “Thankfully, we didn’t open all of our venues – that would have been a big cash lost there.”

Now, three months after restaurants were allowed to reopen, Malarkey is cautiously ready to let customers back in.

“Before, we thought the whole thing was not really our niche,” said Malarkey. “Now, we are really pushing the eateries. Come get breakfast on the weekends to go, or lunch or dinner five days a week.”

Encouraged by the prospective, Malarkey is building an outdoor dining area in the parking lot behind Herb & Sea. He is also utilizing an outdoor patio at downtown luxury condos Pacific Gates by BOSA, where Animae is located, for a 50-seat rendition of it that opened last week. The eclectic eatery with Asian influences will also do take-out, pick-up and delivery, he said, with new James Beard-award winning Chef Nate Appleman at the helm. The group recently split with executive chef Joe Magnanelli, who helped to launch Animae.

“Getting the opportunity to cook pizza for people makes me the happiest person, but I am reverting back to pizza I remember from childhood, cheesy and perfectly crisp, not the Neapolitan style,” said Appleman. “With this pizza concept operating out of Animae, we are seizing an opportunity to maximize the resources and efficiency of our company, while diversifying into other cuisines and progressing the PMC brand. It’s a confident, forward-thinking move for the company.

And, while details were scant as of press time, that may not be the only ghost restaurant to come out of Puffer Malarkey Collective in the near future, the company alluded.

As of now, Puffer Malarkey Collective is doing roughly 20% of typical business, said Malarkey, with the goal of hopefully breaking even by the end of 2020. He said the Paycheck Protection Program (PPP) has been helpful and hopes, when a vaccine is available, he can get back to business as usual.