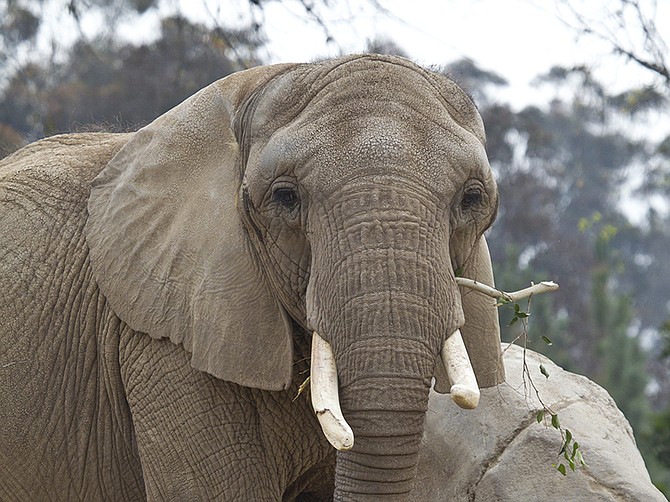 Now, members of the San Diego Congressional delegation are asking the U.S. House of Representatives to consider the inclusion of zoos, aquariums and museums in the upcoming COVID-19 economic relief legislation to help those organizations sustain base operations during this critical time.

Representatives Susan Davis (CA-53), Scott Peters (CA-52), Juan Vargas (CA-51) and Mike Levin (CA-49) sent a letter to Speaker of the House Nancy Pelosi and Minority Leader Kevin McCarthy, urging them to: lift caps on the Paycheck Protection Program to include nonprofit organizations of more than 500 employees; allocate at least an additional $1 billion to the Institute of Museum and Library Services; and expand the universal charitable deduction provision in the CARES Act by removing the $300 cap.

“They employ 3,000 and contribute 14,000 jobs. For San Diego, this is a big deal,” said Davis, whose district houses the San Diego Zoo and who is hoping this passes as soon as mid-May. “They began furloughing staff members on April 20. The zoo spends $2.5 million a month to care for animals, so the workers have got to be there – the animals are not just going to take a leave or go into isolation. When you close down, there is no revenue coming in, and that is a really big problem… What we are hoping is for them to acknowledge what an iconic symbol the San Diego Zoo and the Safari Park are for San Diego and how it is an important resource for the entire community.”

Davis explained because the CARES Act, also known as the coronavirus relief fund, has allocated $3.5 billion for zoos, aquariums and museums statewide, the suggested method to meet the additional $1 billion requested in aid is to expand the Paycheck Protection Program to include nonprofits with more than 500 employees. She also said the other plan of action is to encourage more charitable giving. But, in order to continue to do so, they are asking for the removal of the $300 cap, Davis said, so that any donation above the current cap may be deducted from donor’s taxes.

Zoos Around the Country

Ted Molter, chief marketing officer of San Diego Zoo Global, said all accredited zoos around the country are being affected by the current stimulus package, which was intended to focus closely on small businesses.

“Not having the benefit of guests to help generate revenue affects everyone, but it is a little different for zoos and aquariums in that we still have to care and feed animals – this is a top priority, which is to care for the wildlife,” he said, adding that although the San Diego Zoo and the San Diego Zoo Safari Park continue to do well because of charitable efforts from the community, not every institution is as fortunate. “The dollars that will come up will help us fulfill the needs for animals all over the world. We are involved with the California Condor Recovery Program, Saving the Kiwikiu, a native Hawaiian songbird, and partners with an elephant sanctuary in Kenya that is restoring orphaned elephants. We are always working to protect wildlife anyway we can.”

“We count on 250,000 households and we need them to continue to engage with us, renew their memberships and remember who we are as an integral part of the community,” he said. “We need the help, not just to care for the two facilities, but the animals from local and regional areas that may be endangered and through conservation work to protect them. There is a lot of work happening every day and we will continue to rely on dedicated members of the community to help us take care of them.”