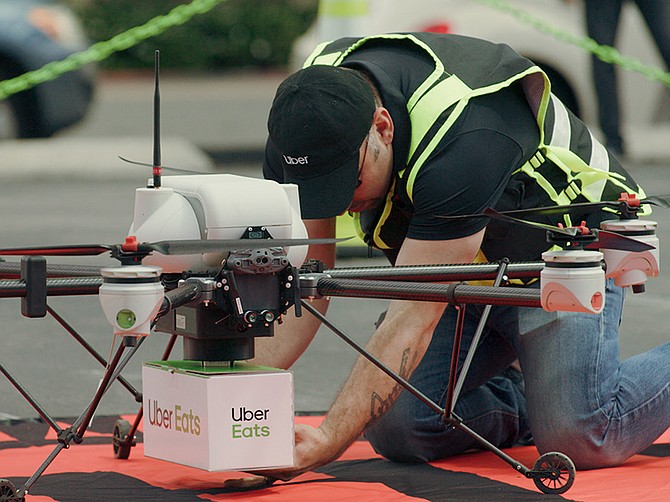 An outcome of the company’s efforts with the Department of Defense’s Innovation Unit to equip armed forces with cutting edge technology for drone devices.

Spun out of Qualcomm in June 2018, the company brings close to 100 years of combined experience across the executive leadership team who previously worked at the local tech giant.

ModalAI, in essence, makes the brains for drones and robotics. Its inception began when founder Chad Sweet, realized that cell phone technology could be applied to the robotics industry.

ModalAI Takes Off from Qualcomm Efforts

A true “garage startup” in its early days, since then ModalAI has scaled its team to 15 staffers and is now working with roughly 10 different Unmanned Aerial Systems (UAS) or so-called drone manufacturers, according to the company.

“Qualcomm was very generous in assisting with ModalAI and helping us get started, as it was very much a “garage startup”. Going from a big company to a garage, there were three of us and now we are here two years later, with about 15 employees off and running. So from my perspective, I’d say we’ve been very successful so far,” Sweet said.

Qualcomm was going through big reorganizational changes in 2018 and it was sort of a mutual agreement that ModalAI might be a good standalone company, Sweet said. According to the company, Qualcomm currently does not have a stake in the startup.

The local robotics startup aims to leverage more than five years of research and development for the drones and robotics market. The company said its competitive advantage lies in its computer vision-based navigation and drone communication features using the cellular network.

“When you enable a drone with cellular capability. It can now fly as far as the network will take you. Just like you’re in a car, you can go hundreds of miles and maintain the connection the whole time. Now the drone can do the same thing,” Sweet said.

Implementing a Snapdragon-based device is sophisticated. Sweet said, it’s not a task to build this level of sophistication in the U.S., as much of the supply chain runs through China, especially hardware technology.

In particular, the company utilizes Qualcomm’s flagship processor which processes information in real-time. For beyond visual line of sight, ModalAI’s tech relies on 4G and 5G modem technology.

Sweet said the industry is experiencing significant growth as there are new requirements being implemented every day. A booming market, commercial drones in the U.S. alone is a multi-billion dollar industry and growing year over year, according to the company.

VOXL Flight is compliant with the National Defense Authorization Act of 2020, effective January of this year, which bars the military from purchasing unmanned aircraft systems and a number of other defense technologies that are designed or manufactured in foreign countries.

In addition to providing its technology to UAS, last year ModalAI partnered with San Francisco-based transportation company Uber Eats for a pilot program to deliver meals by aerial drones and robots, exclusively in the San Diego region.

Uber Eats used ModalAI’s VOXL platform for the tests during summer 2019 to communicate over 4G to Uber Elevate’s Cloud Services, a proprietary system that tracks and guides drone flights.

The company said the partnership was insightful, however, there is still a lot of controlled data collection and experiments needed before the public is comfortable and can prove that the technology is safe.

ModalAI is looking to establish itself an industry leader, seeking to drive the industry forward in AI robotics and drone technology, Sweet said. “I think this will be a massive industry over the next 15 years. With the Federal Aviation Administration (FAA) having some successes enabling commercial activity and the U.S. government starting to focus more on U.S. made components. Those two things have really created a ground slot of opportunity and I think it looks incredibly promising.”

Headquartered in Sorrento Valley, ModalAI said by the end of this year it plans to be working with between 30 to 40 different UAS companies.