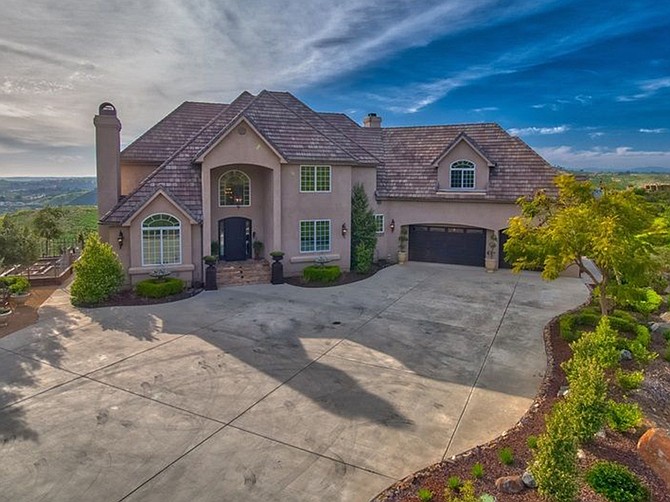 Home sales may be taking a beating as a result of the COVID-19 pandemic but the market is far from dead in San Diego County.

Able to Do Business

“We’re able to do business and there’s business being done,” said Chris Hasvold, president of the North San Diego Association of Realtors and owner with his wife of Coldwell Banker Village Properties in Fallbrook and Bonsall.

“We just sold a house that was vacant, so it was easier to do,” Hasvold said. “That doesn’t mean business as usual.”

Hasvold said his agency closed 22 sales in March, which was about normal.

Those were deals that were in the pipeline before the pandemic hit.

A Lot of People Still Looking

“There’s a lot of people still looking, biding their time until things clear up, but you’ve got situations where buyers are transferred, the normal things in our business where people have to move,” Hasvold said.

Real estate has been listed as an essential service and agents are working with guidelines developed by the California Association of Realtors in handling sales during the pandemic.

“Everything should be done on line virtually and only in extreme circumstances should you go out in public,” Hasvold said. “Fortunately, our industry had progressed that way quite a bit.”

Among other things, agents are doing virtual open house tours and can help prospective buyers view homes through a variety of Aps.

The Realtors association also has been running remote training sessions for agents, including one recently in which Hasvold said more than 400 people participated.

Aware of The Risks

In instances where buyers need to physically tour a home, the California Association of Realtors has issued guidelines including a “property entry advisory and declaration” which everyone signs saying they’re aware of the risks.

Agents also wear protective gear and clean and disinfect the property after the tour.

Sundae, a national home buying and marketing service that operates in the San Diego County market, reported that as of late March, it was still getting inquiries from homeowners that were interested in selling and that the company was still buying homes.

"Numbers we are seeing for the entire Southern California market indicate that contract cancellations in March are pacing to double what they were in February. The average asking price on new listings is also dropping. These could be signs of a downturn," said Josh Stech, co-founder and CEO of Sundae. "In the San Diego area, total listings and total homes under contract are both surprisingly near highs for the year. But our guess is that these numbers will move a lot in the next several weeks."

Meanwhile, homeowners who plan to stay put are filing to refinance their homes in record numbers, according to LendingTree

In San Diego, the number of people refinancing is up 360 percent so far this year compared to 2019, according to LendingTree.

Nationwide, of the 50 cities surveyed by LendingTree, Buffalo, N.Y. had the lowest rate of refinancing at 205 percent.

“It’s a no-brainer if you have a mortgage at a higher rate and you could save a few hundred dollars,” said Tendayi Kapfidze, chief economist at LendingTree, an online lending company.

“If you have a mortgage and you haven’t refinanced this year, almost everybody who has a mortgage could save money,” Kapfidze said.

Freddie Mac reported that in the first week in April, the 30-year fixed rate mortgage averaged 3.3 percent, down from 3.5 percent for the prior week and from nearly 4.1 percent a year ago.

The 15-year fixed-rate mortgage averaged about 2.8 percent for the first week in April, according to Freddie Mac, down from about 2.9 percent for the prior week and from nearly 3.6 percent a year ago.

Kapfidze said that mortgage rates reported by Freddie Mack can be deceptive.

“Oftentimes, they tell you this is the average interest rate. What that means is, half the interest rates are lower than that,” Kapfidze said.

“Rates are probably going to be slow for an extended period of time,” Kapfidze said. “Talk to multiple lenders because there’s a large range of interest rates.”